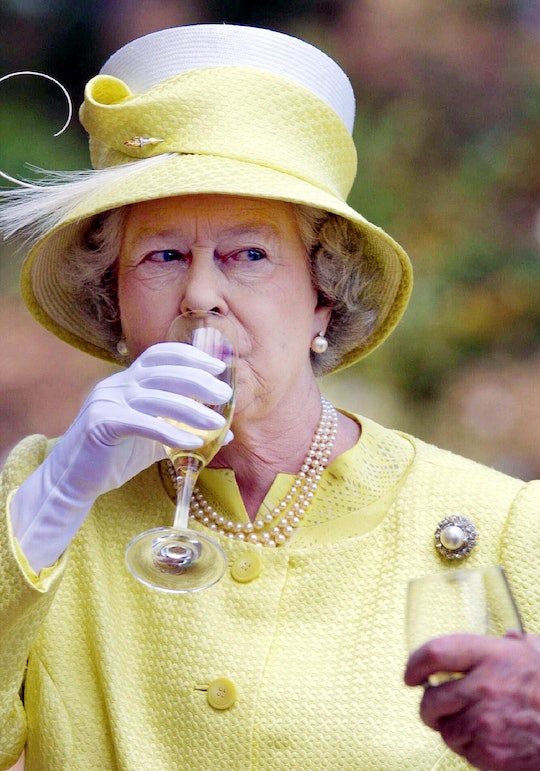 Not Her Majesty’s martini!

Once a person reaches the grand age of 95 years old, it seems they should be allowed an extravagance or two. Eat that chocolate, drink that martini, that kind of thing. Apparently this is not the case when you are the actual queen. Doctors have apparently told Queen Elizabeth, a woman who has spent her entire long life in service to the crown, that she should knock it off with the daily cocktail.

Vanity Fair reported that the queen’s doctors have advised her that she should forgo her evening martini and only drink on special occasions. Apparently the doctors want her as healthy as possible as she prepares to celebrate her Platinum Jubilee, 70 years on the throne, next June. “The Queen has been told to give up her evening drink which is usually a martini,” a family friend told the outlet. “It’s not really a big deal for her, she is not a big drinker but it seems a trifle unfair that at this stage in her life she’s having to give up one of very few pleasures.”

Agreed. Especially after the year Queen Elizabeth has gone through with losing her husband Prince Philip after more than 70 years of marriage. Let a woman have her cocktail.

While Queen Elizabeth might not be a “big drinker” as her friend said, she does like a martini enough to have not just one but two different brands of her own gin. One called Buckingham Palace Dry Gin made with sloe berries found on palace grounds and another Celebration Gin created in the Sandringham Estate gin distillery. She also has been known to enjoy a glass of champagne before bed and okay, maybe a glass or two of her favorite cocktail of gin and Dubonnet every now and again.

No more though. Now doctors are reportedly asking her to stick to water and soft drinks, according to Vanity Fair. Soft drinks. Does this mean Queen Elizabeth might be seen drinking a Dr. Pepper at a royal function? It’s impossible to picture. Although I wouldn’t hate to see it, if I’m totally honest.

Hopefully by the time the United Kingdom is set for the massive celebrations planned for Queen Elizabeth’s Platinum Jubilee in 2022, she’ll be allowed a martini or two in her own honor.