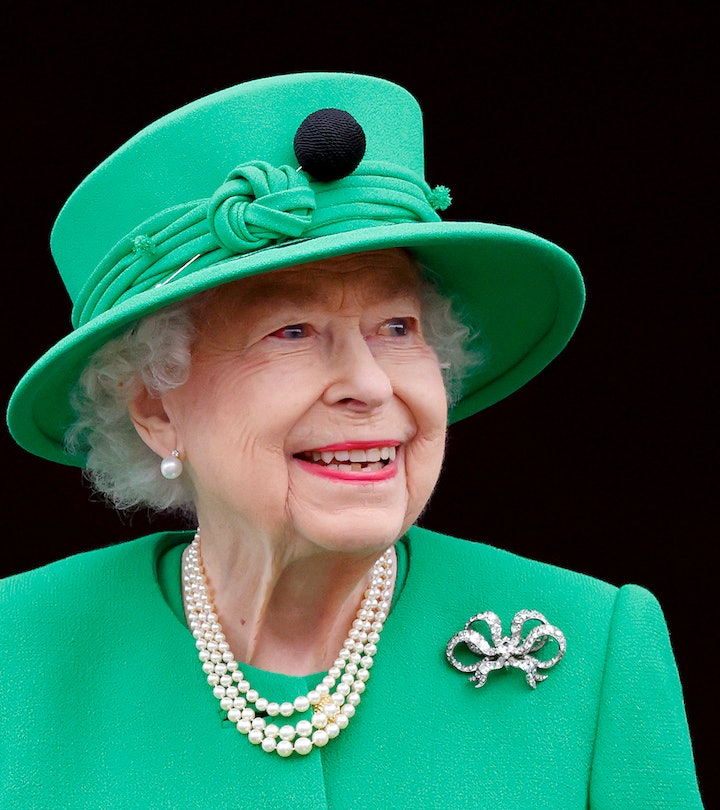 "London Bridge Is Down": Here's What Happens In The Aftermath Of Queen Elizabeth’s Death

After 70 years as the UK’s monarch, Queen Elizabeth died at her summer home of Balmoral at the age of 96 years old. She was surrounded by her children and grandchildren in her final, private hours, and now her family must deal with the death of their mother, grandmother, and great-grandmother in public. Queen Elizabeth was, above all things, Her Majesty, and protocols for her death have been in place for quite some time.

On Thursday afternoon, Buckingham Palace confirmed that Queen Elizabeth had died. “The Queen died peacefully at Balmoral this afternoon,” the statement read. “The King and The Queen Consort will remain at Balmoral this evening and will return to London tomorrow.”

“London Bridge is down.”

As monarch, Queen Elizabeth’s passing has several levels of protocol, both for her own family and the public. So much so that the code words “London Bridge is down,” per The Guardian, have been given to the event. Flags are ordered to fly at half-mast, a national moment of silence is to be observed, and the Ministry of Defense arranges a gun salute. As for her family, they are in the unique position of mourning both privately and publicly. Her children and grandchildren, including heir to the throne Prince Charles and his siblings, Princess Anne, Prince Andrew, and Prince Edward, were reportedly with her as she died. According to detailed plans shared by The Guardian, the roles in the royal family shifted immediately after Queen Elizabeth’s death.

On the day of his mother’s death, the Prince of Wales immediately became Charles III of England. His siblings must, per tradition, kiss his hand. Shortly thereafter his accession to the crown will be recognized by an Accession Council, which is usually convened within 24 hours of the death of a sovereign. “The Accession Council should be held before Parliament meets, and Parliament should meet as soon as practicable after the death,” reads the official website of the Privy Council.

Before her death, Queen Elizabeth expressed her wishes that Prince Charles’ wife Camilla Parker-Bowles would be known as Queen Consort when her son became monarch. There was some speculation that Charles would take on a different regnal name, but the Royal family confirmed that he would be Charles III. (Monarchs are given the option to choose a regnal, or a reign, name upon succession to the throne. This has only happened three times in history, most recently when Queen Elizabeth’s own father Prince Albert chose the name King George VI at his coronation.)

Queen Elizabeth’s death also changes titles for Kate Middleton and Prince William. They will now be known as the Duke and Duchess of Cornwall and Cambridge.

There will be a royal tour of mourning and her funeral will take place 10 days after her death.

Because Queen Elizabeth died at Balmoral, her body will be transported by train to London, where newly appointed Prime Minister Liz Truss, who was sworn in by Queen Elizabeth just days before she died, greets her coffin alongside other ministers. Her coffin is then carried from Buckingham Palace to Westminster Abbey, where it will lie in state until her funeral 10 days after her death. Prince Charles then heads out for his own royal tour of mourning at the same time, receiving a motion of condolence at Westminster Hall before traveling to Belfast and Wales for memorial services for his mother.

The royal family will be involved in the funeral.

As this funeral will mark the first death of a reigning monarch in 70 years, it remains to be seen what roles each family member will take at Queen Elizabeth’s funeral. When her own father King George VI died in 1952, Queen Elizabeth’s late husband Prince Philip walked in the funeral procession behind the King’s coffin along with other family members, just as Prince Charles, Prince William, and Prince Harry joined other members of the royal family to accompany Prince Philip’s coffin at his funeral in 2021.

More Like This
Queen Elizabeth's Corgis Will Be "Spoiled Rotten," According To Prince William
Kate Middleton Honored Queen Elizabeth & Princess Diana At Her Majesty's Funeral
Queen Elizabeth II's Most Romantic Quotes About Prince Philip
Prince Louis Is Asking His Parents Questions As He Tries To Understand Queen Elizabeth’s Death