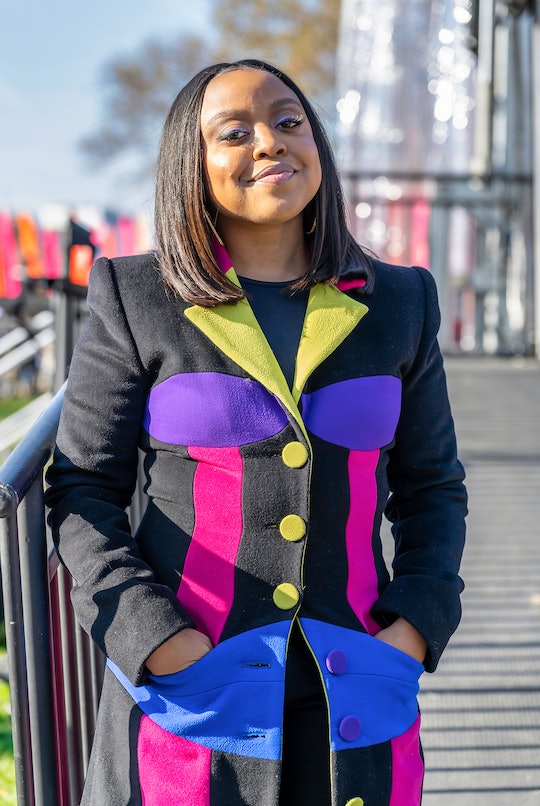 Quinta Brunson Credits Her Parents For Her Confidence, Now & As A Kid

The Abbot Elementary creator gives props to the people who created her.

Quinta Brunson has plenty of reasons to ooze confidence. She’s the creator, writer, and star of one of the hottest comedies on television, she’s the face of the beauty brand Olay, and she’s the winner of a bunch of awards including that shiny gold Emmy. But the A-Lister doesn’t take all the credit for all her accolades and fully deserved self-esteem. She also gives props to her parents for raising her to be the amazing woman she is today.

In a recent interview with People, Brunson opened up about the origins of her high levels of confidence. “I think it's always been there. I was a very confident kid. My parents always taught me to look at people and situations like everything's equal. Nothing seems too intimidating to not be confident. I think the most intimidating situation I was in recently was meeting Malala,” she said.

Brunson also points to her mother for inspiring her wildly popular TV show Abbott Elementary. “I was in my mother's class, her kindergarten class. I was in her class and I went to the same school where she taught for like six years, including kindergarten. So I rode to school with her, rode home with her, watched her work more at home. It's just getting such a different view. And I really credit my mom's experience for helping me to create the show,” Brunson said on The Kelly Clarkson Show.

Brunson’s mom has been a constant source of inspiration and comedy in her life. When the Abbott Elementary creator stopped by Jimmy Kimmel Live! to chat about her book She Memes Well, she spoke about her support for the LGBTQ+ community and shared a funny anecdote about trying to explain what a meme is to her mother: “My mom googled me recently. She doesn’t know what a meme is. She said ‘Quinta I saw a picture of you on the Google, and it was your face and it was some writing on it. And the writing said: people be gay. What does that mean, Quinta?’” said Brunson to guest host Wanda Sykes.

Brunson recently hit another confidence-boosting milestone as she was interviewed by another powerful woman — Oprah Winfrey. The comedian posted a picture on Instagram side-by-side with the iconic TV host. “Tonight, I sit down to chat with the woman I watched every day at 4pm with my mother: Oprah. It’s hard to explain what chatting with her felt like so I guess you all just have to watch tonight on @owntv! Thankful to be able to slow down and have a conversation (on and off camera) that I didn’t even know I needed with maybe one of the only people who knows what my life feels like right now,” Brunson captioned the post.

It’s pretty awesome to see Brunson have the chance to join forces with another super confident woman who also transformed the small screen. If there’s anyone who can help Brunson articulate and navigate her incredible success, it’s surely Queen Oprah.

More Like This
Exclusive: Watch How A Group Of Princesses Save The Day In Netflix's New Animated Series
Sally Field Is The Ultimate Cool Mom Who Once Tried To Set Her Son Up With An Olympian
Keke Palmer Casually Drops Her Baby's Sex On Jimmy Fallon
Josh Duhamel Is Glad He Took Fergie's Advice About Dating After Divorce
What Parents Are Talking About — Delivered Straight To Your Inbox