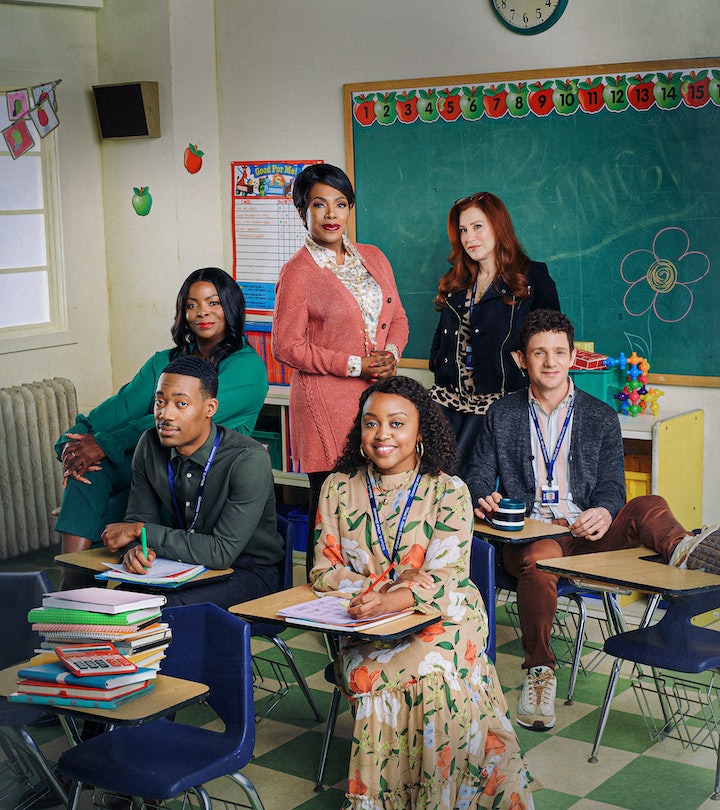 Abbott Elementary Better Be Renewed For Season 3, Or Else We Riot

Fans of the fantastic classroom comedy can’t wait for more.

With the school year in full swing, parents are pretty psyched that their kids are finally back in the classroom and in their predictable routines. But there’s another school that adults are equally amped about, and that’s the fictional Philly school that’s hilariously depicted on the mockumentary comedy Abbott Elementary. The show hits the perfect balance of belly laughs and big feels, and has quickly become a fan favorite on the small screen. With one awesome season in the can and a follow-up season now airing, fans of Abbott Elementary are chewing up all their No. 2 pencils, dying to know if there will be a Season 3.

Ever since the critically-acclaimed show crushed at the Emmys (no thanks to spotlight-stealing Jimmy Kimmel), the audience for Abbott Elementary has skyrocketed. So grab your fave teacher cardigan and find out what all the fuss is about when it comes to this A+ sitcom.

Was Abbott Elementary renewed for season 3?

So far, neither ABC nor the show creators have announced whether there will be another season of Abbott Elementary, and fans continue to wait for updates with bated breaths. But considering that the show is a bonafide hit, chances are pretty good that there will be more hysterical episodes to come.

While there is no release date for Season 3, a look at the previous seasons might offer some clues, should Abbott Elementary be picked up for another season. Based on previous premiere dates, it makes sense that Season 3 would begin in the fall alongside a brand new school year, some time in September 2023.

Until then, you can always rewatch that Bluey crossover episode or head back in time to hear that first school bell ring in repeats of Abbot Elementary’s freshman season. And if only the real thing will do, you can always stalk the show like an ex-boyfriend on Instagram and take a nostalgic our of the Teacher’s Lounge for old times’ sake.

Where to stream Abbott Elementary Season 1.

If you’re a little behind on your shows and want to check out this amazing breakout comedy from the very beginning, all 13 episodes of Season 1 are available to stream on both Hulu and HBO Max. You’ll meet brilliant creator and star, Quinta Brunson for the first time in her role as Janine Teagues, the do-gooder teacher who tries to hard. You’ll worship veteran and goddess educator, Barbara Howard (played by the inspiring Sheryl Lee Ralph), and fall over from laughter-induced pain any time Principal Ava Coleman (played by comedian Janelle James) says, well, anything. You’ll also join the rest of America in shipping our girl Janine and the cute newbie substitute teacher as they bond over an array of teaching hijinks and very questionable school lunches.

How to watch Abbott Elementary Season 2.

With 22 gut-busting episodes, ABC officially announced the return of Season 2 on Twitter with a memo “Fresh off Ava Coleman’s desk.” Each new episode airs on ABC on Wednesdays at 9 p.m. and is available to stream on Hulu the next day too.

If you want to be in some pretty impressive TV-watching company, Abbott Elementary has even stolen the hearts of some of the best celeb mamas in the business (Dr. Jill Biden happens to be a big fan too). When Brunson shared her “elated” announcement of Season 2’s premiere on Instagram, actress Kerry Washington was quick to jump in the comments. “Elated to watch!!!” she wrote. New mom Mandy Moore was also excited and will likely need something fun to pass the time while her newborn snoozes. “Can’t wait,” commented the This Is Us star.

The second season definitely lives up to hype and manages to fend off that dreaded sophomore slump too. In fact, the sitcom actually quadrupled its ratings after premiering Season 2 on multiple platforms.

With so many new fans on board for the show and super invested in these great characters, we’re hoping that Disney-owned ABC will announce a third season for Abbott Elementary some time in the near future. If Disney doesn’t come through soon, Mickey Mouse is definitely headed to detention.