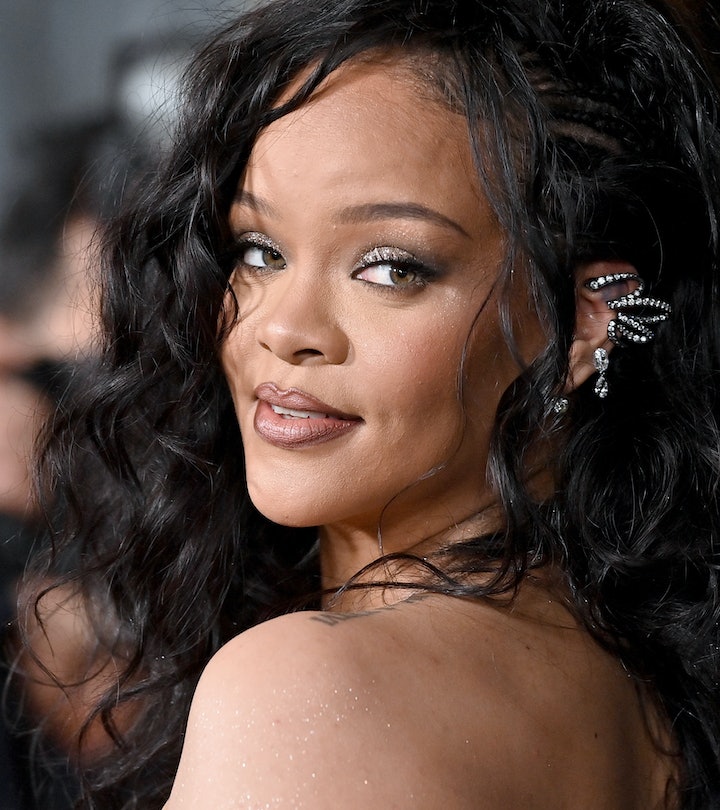 It’s been a long six years!

Rihanna’s song for the Black Panther sequel Wakanda Forever dropped on Friday, and it was difficult to know exactly what to expect. It’s been six years since she released new music, and it’s also been nearly six months since she welcomed her first child, a baby boy, with partner A$AP Rocky. And the song was written as a tribute to late actor Chadwick Boseman, who died at the age of 43 after battling colon cancer. Perhaps with that in mind, Rihanna has gifted fans with the loveliest, most gentle lullaby.

“Lift Me Up” opens with Rihanna singing the chorus, “Lift me up/Hold me down/Keep me close/Safe and sound,” which is repeated several times throughout the song. The first verse is similarly sweet, “Burning in a hopeless dream/Hold me when you go to sleep/Keep me in the warmth of your love/When you depart/Keep me safe and sound.”

In a press release shared with People, Rihanna explained the inspiration behind this song, which she co-wrote with artist Tems, producer Ludwig Göransson, and Black Panther director Ryan Coogler: “After speaking with Ryan and hearing his direction for the film and the song, I wanted to write something that portrays a warm embrace from all the people that I've lost in my life. I tried to imagine what it would feel like if I could sing to them now and express how much I miss them.”

Fans took to social media to share their appreciation for this unexpectedly gently lullaby from Rihanna, with one Twitter user writing, “Rihanna making lullaby music for our kids is really where it’s at.” Another social media user called the song an “adult lullaby,” because honestly who doesn’t feel comforted by these simple, kind lyrics? “Drowning in an endless sea/Take some time and stay with me/Keep me in the strength of your arms/Keep me safe/Safe and sound.”

The song’s final verse is just as sweet: “Burning in a hopeless dream/Hold me when you go to sleep/Keep me safe/We need light, we need love.”

While the song was written in memory of Boseman, the lyrics certainly make sense as a song for Rihanna’s little boy as well. Particularly when she repeats “keep me safe,” as the singer made it patently clear before she welcomed her baby that she was going to be fiercely protective of his privacy. She is going to keep him safe. Safe and sound.

More Like This
It’s Britney(‘s Birthday), Bitch!
David Beckham Impressed Mariah Carey With His Rendition Of "All I Want For Christmas"
Julia Louis-Dreyfus Holds Hands With Son Charlie Hall At White House State Dinner
Brendan Fraser Brought His Two Teenage Sons To The Premiere Of His New Movie