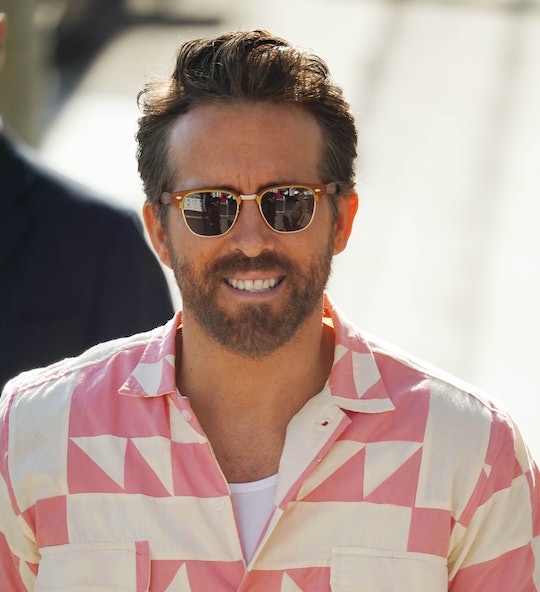 And casually added that his kids like to sometimes hunt down mom and dad with a crossbow.

Ryan Reynolds seriously needs to consider quitting acting and gin-slinging to become a full-time comedian. The father of three (with one more on the way) recently sat down for a TV interview, and man did he bring the dad comedy. The Deadpool star not only joked that he wanted to duct tape an iPad to his kids’ faces, he came through with bits on bribing kids and the evil of school supplies via capitalism. And oh yeah, he also casually revealed that his kids’ favorite summer activity might be hunting down their parents with a crossbow.

To the delight of the New York studio audience, the 45-year-old recently visited the Live with Ryan and Kelly set for an entertaining conversation. He chatted about his return to the big screen and life with his daughters James, 6, Inez, 5, and Betty, 2, who he shares with wife Blake Lively.

When co-host Kelly Ripa mentioned that her kids used to get excited about back-to-school “stuff” and buying pencil cases, Reynolds went on a hilarious parenting rampage.

“Don’t you realize, that’s just good old fashioned bribery. Oh, we’re going to go back to school. I’m going to ply you with some capitalism. And we’re going go buy all this sh*t you don’t need and we’ll never look at again. And that’s going to make the transition easier.”

“We’re going to nourish our little brains. Nothing better than that. Yeah,” he continued his sarcastic shtick.

And just when it seemed like Reynolds was finished with his comedy routine, he busted out with this amazingly relatable one-liner: “I know it’s generally frowned upon, but if I could I would just duct tape an iPad to their faces.”

“Everything has a screen!” the girl dad screamed in relatable frustration. “You buy a box of Cheerios, there’s like a screen on the back!”

The official Instagram account for the Live with Ryan and Kelly show recently posted a clip of the hilarious exchange: “Back to school excitement 😂😂😂 @vancityreynolds #RyanReynolds,” the morning show captioned the post.

The Green Lantern star, who has been on a yearlong sabbatical, also shared that he spent the summer home with his kids and adorably revealed it was the best summer he’s ever had as a family. He insisted his kids are just like non-celebs and enjoy regular things. "They're drawing and coloring. They're doing their dance parties, they hunt mom and dad in the wood with a crossbow," he joked.

Reynolds has kind of made it a thing to poke fun of his outnumbered position in an all-female family. He brings the jokes on Twitter, and in an interview at Cannes, once joked that his daughters are so wild, he sometimes thinks they have rabies.

With one more baby on the way, things are only going to get more wild and hectic for this flustered father. It’s a shame Reynolds is going back to work making blockbuster movies and all. That man should really explore his employment options and consider teaching some parenting classes.

We have a feeling that the wait-list for this highly crush-worthy instructor would be quite long. And parents really need to know how to outrun their crossbow-wielding children too.