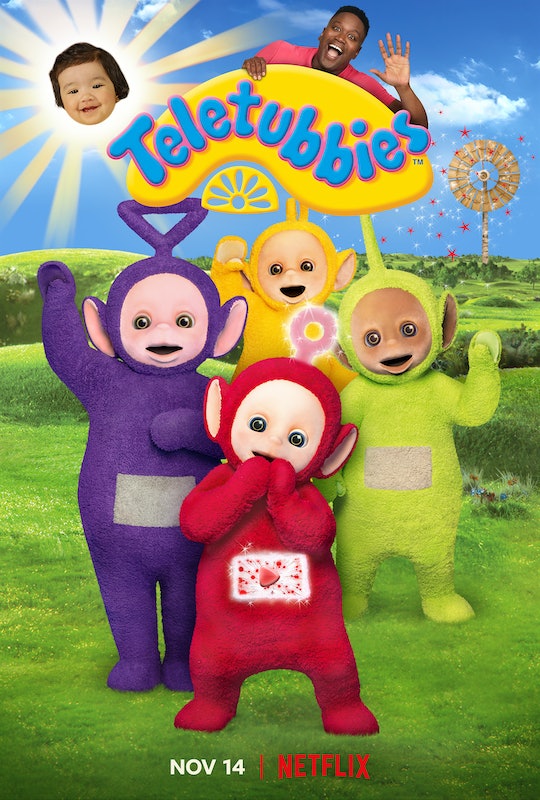 The classic preschool TV show is coming back!

You have to hand it to the ‘90s for delivering some pretty memorable kids’ TV shows that are now forever etched into countless childhood memories. From Blue’s Clues to The Powerpuff Girls, so many favorites are forever carved out in the hearts of cereal-eating, TV-obsessed kids everywhere. But no one show can quite compare to the singularity of the blindingly bright characters on the Teletubbies. This foursome of fantastical creatures fascinated kids across the globe with screens implanted in their bellies, unintelligible conversations, and adorable quirkiness. And with nostalgia for classic kids’ TV entertainment hitting an all-time high, 2022 seems like the perfect time to bring back the unforgettable Teletubbies.

Teletubbies reboot is coming to Netflix in November.

A new Teletubbies reboot is set to hit Netflix on Nov. 14. The lovable and colorful characters are joining a cool preschool lineup of TV shows such as Spirit Rangers, about Native American siblings who protect national parks, and Princess Power, based on the best-selling books. Netflix took to Twitter to announce the exciting addition and post some fun pictures too.

“Tinky Winky, Dipsy, Laa-Laa, and Po are back! The Teletubbies — and new narrator Tituss Burgess — are coming to Netflix on November 14th!,” tweeted the streaming giant.

Tituss Burgess is set to narrate the show.

The Teletubbies are surprisingly active on Twitter, and they recently hopped onto social media to express their excitement about the reboot and the new narrator, in particular. The show is set to follow the four Teletubbies exploring and discovering their world, and the hilarious Unbreakable Kimmy Schmidt star Tituss Burgess will guide little viewers on their viewing journey. “We're saying ‘Eh-Oh’ to @netflix with Tituss Burgess (@Instatituss) - mark your calendars!” tweeted the official account from Teletubbyland.

Along with a new narrator and a 21st century refresh, each episode will include a new, original “Tummy Tales” songs. In other words, it’s time to frolic in some neon green grass and get really psyched about a magical windmill. (Speaking of getting down to good tunes. In case you’re not following their fancy blue check-marked Twitter account, here’s a fun fact: Tinky Winky, Dipsy, Laa-Laa and Po have some pretty great taste in music and are big fans of Beyoncé, BTS, and Lady Gaga.)

And if you absolutely can’t wait for the reboot to flash across your streaming screens, get into the Teletubbies mood by grooving to their most recent album that will have your kids bopping across the living room in no time.