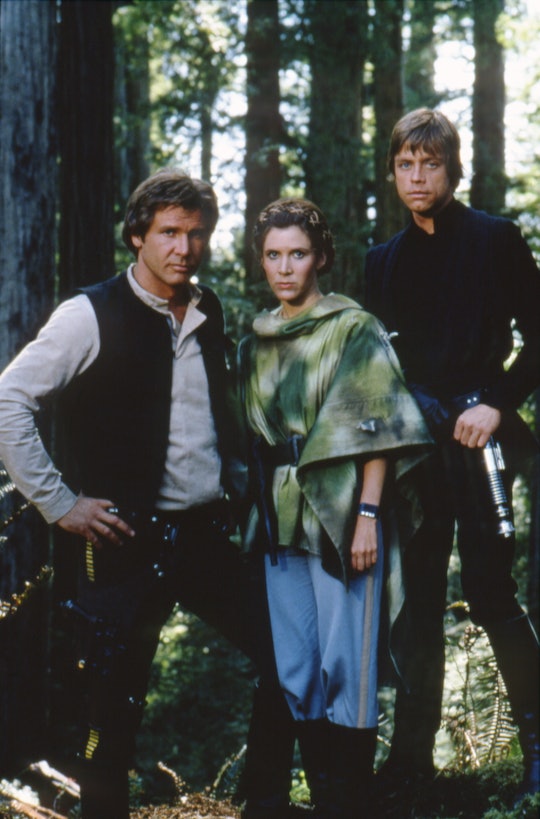 'Star Wars' Memes To Celebrate May The 4th

Star Wars Day seems like the kind of trend that could be, at most, 10 years old. It’s an internet trend, and internet trends can’t be that old, right? But amazingly enough, the “May the Fourth be with you” joke turns 44 years old on May 4, 2022. The first use of the joke was in a newspaper (remember those?) in 1978, a year after the first Star Wars movie was released. Margaret Thatcher assumed office on May 4, and The London Evening News ran an ad, the text of which read: “May the Fourth Be With You, Maggie. Congratulations!” The “force/fourth” joke was too good to let go, and thus, a day for many memes was born (once the internet came into being, that is).

There are lots of ways to celebrate Star Wars Day that take the celebration beyond just the meme. But posting a May the Fourth meme that manages to make someone smile even if they’ve heard the joke a million times is a pretty good start. From crossover memes that bring in other franchises (Dr. Who and Game of Thrones are popular ones) to memes about the meme (would we call those a meta-meme?), there are some fresh takes on this surprisingly old joke in this batch. Posting one of these memes (or the meta-memes) will get you into the Star Wars Day spirit.

Whether Star Wars Day makes you roll your eyes or fills you with glee, these silly May the 4th memes are a fun way celebrate or acknowledge the holiday.

This article was originally published on May 4, 2016