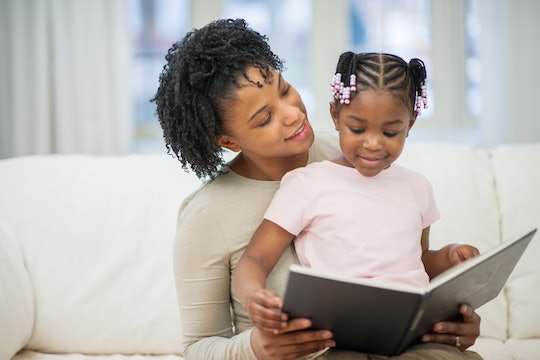 These Children’s Books About Juneteenth Are A Must For Families

Juneteenth, which represents June 19th, 1865, is a day celebrated in the Black community to acknowledge when the last US slaves (in Galveston, Texas) were released as free men and women. It’s also known as Freedom Day, and because Black people were still being bought and sold during the birth of America’s “Independence Day,” Juneteenth is our true 4th of July.

In school, we learn about President Lincoln signing the emancipation proclamation on January 1, 1863, declaring all slaves be freed. But it wasn’t until June 19th of 1865 that the news made it all the way to the last group of slaves still being held. Two and a half years later!

“With all the fuss around Critical Race Theory, nobody is really discussing the fact that history has never been properly taught in schools and much of Black history is purposely withheld or whitewashed, which is why Juneteenth wasn't on many people's radar until last Summer. That includes many Black people,” Yolanda Williams, founder of Parenting Decolonized, tells Romper.

Unfortunately, my history teachers didn’t teach me about Juneteenth either. And, if it isn’t passed down in Black families, it’s usually forgotten. But our kids should know!

“Celebrating Juneteenth with your children honors the enslaved whose shoulders we stand on. It honors their lives and their never-ending hope that one day we might all be free. Children need to understand this history, and we need to discuss it with them without shame and with great care, allowing them to ask questions and celebrate the day slavery ended in this country," Williams says.

And thankfully, there are many children’s books that fill the gap left in curriculums and help with this conversation. These authors explain Juneteenth in a way for children to understand historical facts and the reason Black people proudly create festivities to observe the day we were all emancipated.