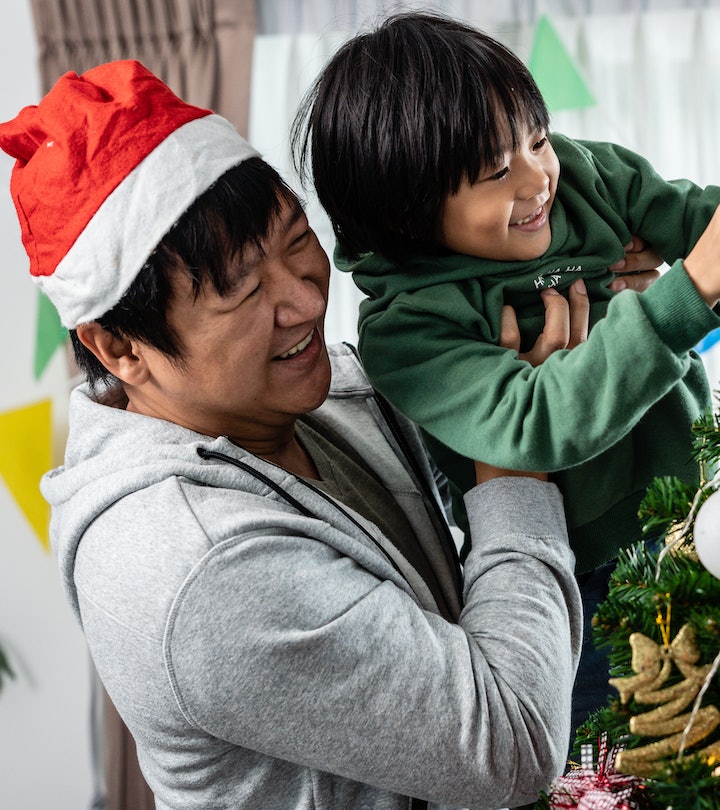 70 Christmas Dad Jokes That Are Sure To Sleigh

Dad will be oh so punny when he tells these groan-worthy gags.

Dad jokes get a bad rap. Sure, they’re silly, completely corny and predictable, but they’re still sweet. They’re told with the best of intentions (i.e. to make you laugh), and while they might elicit a groan instead, they’re innocent at best. After all, have you ever heard of a mean dad joke? Probably not. And with the holidays right around the corner, you can set up your partner with these Christmas dad jokes that just might make you crack a smile.

While it’s often fathers who get stuck with the dad joke label, really anyone can tell one. Younger kids in particular are notorious for telling totally obvious jokes, but at least with your child, you feel compelled to laugh at the gag. But what exactly is a dad joke? Well, a dad joke is usually short, consisting of either a question and answer, (i.e. “If April showers bring May flowers, what do May flowers bring?" "Pilgrims”), with the answer being the punchline. Sometimes, the dad joke is a one-liner that’s meant to be a fun pun, like, “I used to be addicted to the hokey pokey, but then I turned myself around.”

So if your father is feeling festive, give him the floor by telling all the Christmas dad jokes he wants — and try to laugh at some of them. Consider it his present for the holidays.

At the end of the day, dad jokes are a way for Pops to connect with their pack. So even if they’re obvious (or welp, annoying), just know that all they want to do is make you laugh with their dad jokes. So give them a chance, and you never know, you just might be able to disguise your disgust with a slight smile and even a laugh, because sometimes a Christmas dad joke can give you the holly jolly feels.

This article was originally published on November 12, 2021