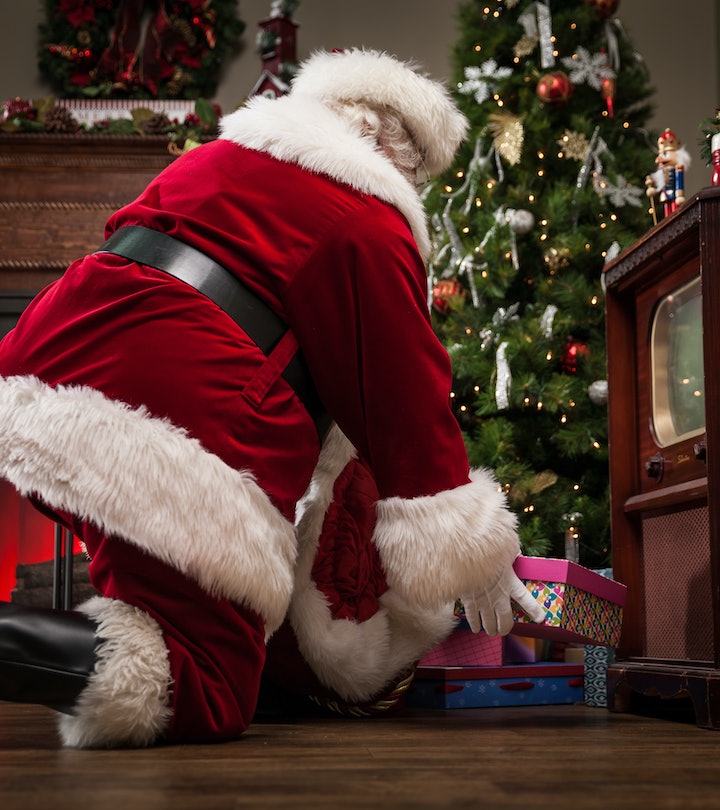 Does Santa Bring The Big Gift Or Not?

When your kids head back to school in January, the big question circulating throughout every classroom will inevitably be: What did Santa bring you for Christmas? Kids definitely talk, so before you make your Black Friday shopping list, you need to decide: Does Santa brings the big gift or not on Christmas morning?

I never struggled to answer the question of what Santa brought me when I would head back to school after Christmas break as a kid. Looking at it now from an adult perspective, I can imagine how my bragging about my new Barbie DreamHouse might have made my friends who got a stocking full of candy and socks feel.

As a child, it's hard to understand why Santa brings some things to some children and not to others, and it's this exact issue that begs the question: Who should get the credit for the big-ticket toys under the tree?

Should Christmas presents come from Santa or parents?

Although every family is different, there has been plenty of debate over the issue of Santa bringing expensive gifts on social media in years past. One social worker even went viral on Facebook in 2017 for encouraging parents to take credit for the more expensive Christmas gifts. Another highly-shared request that parents spring for the big gift and let Santa bring the smaller gifts was posted by a Canadian radio station way back in 2014. The origin of the photo featured in the post is unknown, but it basically pleads for parents to consider that other kids may not be receiving large gifts for Christmas.

While it might be hard for a child to grasp the concept, it seems like Santa truly does just do things a bit differently in every home. Sometimes Santa will bring the big gift, and other times he may not. The trick is explaining to your kid that everyone is different, and that's OK because each family's Christmas celebration is special in its own way.

In addition to the consideration of children who will not receive expensive gifts, for some parents it does boil down to simply wanting the credit they deserve for working hard to afford gifts for their children. If you've gone out of your way to scrimp and save so that your kids can have exactly what they want for Christmas, it makes sense that you would want your children to appreciate your efforts. It also can help them see the fruits of your labor if they can equate you going to work every day with the gift they receive on Christmas morning.

That is not to say that you can't keep the magic of Santa alive, but if you take this path and allow Santa to give your children something small, it can actually be a lesson in gratitude for your kids. They can be thankful for your hard work and a big gift, and also be grateful that Santa still brought them something despite their parents being financially able to get them an expensive gift.

One argument for Santa getting credit for the gifts under the tree (or, at least some credit) is that it’s an important part of the childhood experience, as Romper previously reported. “Given the world we live in today with all the horrific news out there, Santa can be viewed as a metaphor of faith, goodness, and generosity," Dr. Frank Sileo, a licensed psychologist and award-winning children’s book author said in an interview with Romper. "The belief in Santa supports a child's wishful and magical thinking that plays a valuable role in child development during the early years."

Gifts from Santa represent a type of wonder and mystique that’s simply intangible. You can’t replace or replicate the feeling of what Santa brings to the table with gifts that come directly from parents or family members. This holly jolly man magically appears bearing the exact thing a child’s heart desires just once a year.

How many gifts should come from Santa?

Knowing how many presents kids should get for Christmas isn’t an exact science. Experts agree that focusing on quality over quantity is key, as Romper previously reported. The same applies when it comes to gifts from Santa. It’s a thrill when they unwrap gift after gift (or see them all laid out, since Santa doesn’t always wrap gifts), but too many things all at once can also get overwhelming.

In our house, we typically “assist” Santa in purchasing part of our kids' big Christmas gifts. The large gift then ends up being a joint effort with our kids not knowing how much we contributed versus how much Santa did. It works for us especially well on the years when we only give one big gift per kid or give a large joint gift like a gaming system to all of our kids. Some years, our kids haven't gotten one large gift, so they end up with a mix of small-ish gifts which we say we tag-teamed with Santa to get for them. I don't even put a gift tag on any of my kids' gifts anymore. They just know that everything under the tree on Christmas morning is from Santa, mom, and dad collectively.

No matter which gifts Santa brings for your kids, doing what's right for your family is the key to creating Christmas memories that will last a lifetime.

This article was originally published on Dec. 6, 2019