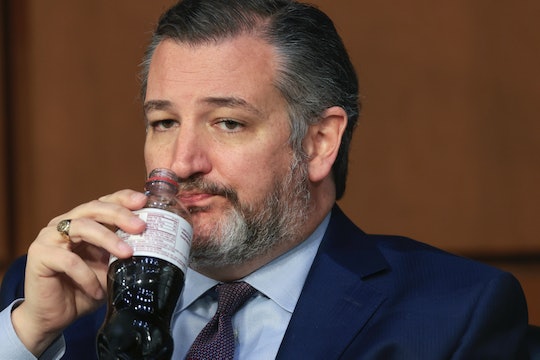 And the SCOTUS nominee had the best response.

Supreme Court confirmation hearings for Judge Ketanji Brown Jackson are currently underway and already she is proving to be calm and reasonable under pressure. Especially when she is being asked frankly bizarre questions that appear to have very little to do with the job she is there to discuss. In what will undoubtedly be an upcoming Saturday Night Live skit, Sen. Ted Cruz asked Judge Jackson during her confirmation hearings on Tuesday if she thought a children’s book was teaching kids that babies are racist and her response has gotten a round of applause on social media.

Sen. Cruz brought a stack of children’s books along with him to the SCOTUS confirmation hearings, all for the purpose of questioning Jackson about critical race theory and one book in particular. Antiracist Baby by Ibran X. Kendi.

“This is a book that is taught at Georgetown Day School to students in pre-K through second grade,” Cruz said, gesturing to blown up pages of the book. “Do you agree with this book that is being taught with kids that babies are racist?”

It did not end there, unfortunately. Cruz continued to press Jackson on children’s books and her thoughts on critical race theory until she finally responded. “I have not reviewed any of those books, any of those ideas,” she said. “They don’t come up as my work as a judge, which I am respectfully here to address.”

Twitter users were naturally impressed by Jackson’s composure. Especially the author of Antiracist Baby, Ibran X. Kendi, who tweeted, “You know Judge Ketanji Brown Jackson has impeccable credentials — and you know you're doing the work — when @tedcruz questions her about your books since he can’t touch her record.”

Jezebel’s Laura Bassett pointed to the fact that Cruz was held up at the Bozeman airport in Montana after he missed the check-in window for his flight. He reportedly argued with airport staff to the point where the police had to be called. All to make it in time to the confirmation hearing to ask Jackson if babies are racist.

Ted Cruz had trouble in Montana.

MSNBC’s Joy Reid noted that Cruz’s questions were more suited to someone applying for the position of elementary school teacher, and suggested he consider heading back down to Cancun because “his present gig is beyond his capabilities.”