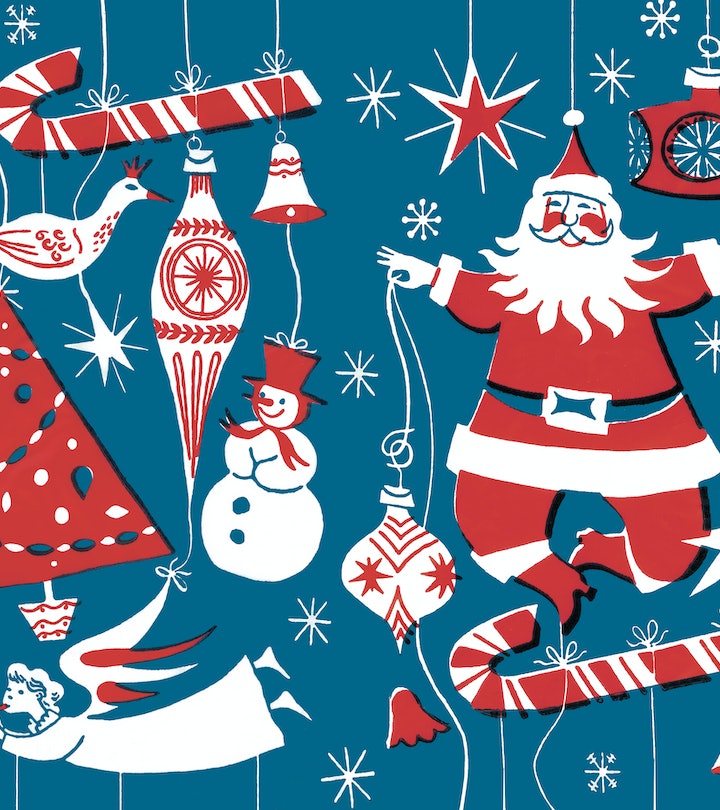 When Is Santa's Birthday? The Answer Might Surprise You

As your family prepares for Santa Claus’s arrival this Christmas, your children may want to plan an extra special menu for the man in red. After all, he works up an appetite traveling all around the world. Maybe they suggest making a plate of Christmas dinner leftovers to keep them from going to waste, a veggie-packed smoothie to give him energy for all his deliveries, or even a birthday cake to celebrate his special day. If they suggest the latter, however, you’ll have to tell them that Saint Nick wasn’t born on Christmas, leading them to ask when Santa’s birthday is.

There are a lot of mysteries surrounding Santa Claus but, fortunately, his birth date is not one of them. The many resources on the topic are in agreement about Santa Claus’s birthday, which means you can answer your child’s question with confidence. (Possibly one of the few times you will be able to do that in life.)

When Is Santa’s Birthday?

Many may assume Santa Claus was born on December 25, given his profession. And if not on Christmas Day, then pretty close to it. But it turns out Santa is more of a springtime baby than a winter wonder birth. (This works out well because who really wants to work and travel on their special day?)

There is, however, someone at the North Pole who was born on Christmas Day, and that is Mrs. Claus. Fortunately, her husband makes it home in time to celebrate her big day every year — probably after he takes a long nap.

How Old Is Santa Claus?

Like a lot of people, Santa Claus doesn’t love talking about his age. (Though he is a bit more open about it than others at the North Pole.) According to Email Santa, a site with questions answered by the man in red himself, Santa Claus is 1,750 years old as of 2021.

Mathematically, this makes the most sense. According to the History Channel, the legend of Santa Claus began when he was born in 280 A.D. Though this would technically make him 1,741 years old, it’s possible they weren’t tracking births as well back then. And it’s only off by nine years, which isn’t too terrible.

What’s the Age Difference Between Santa Claus and Mrs. Claus?

Telling your child about the age difference between Santa Claus and Mrs. Claus may be a little complicated because no one knows for sure how old Mrs. Claus is. Some sources have her age as 1,139, while others say she is 229.

Because the legend of Santa Claus dates back to 280 A.D., one could assume that Mrs. Claus was born near that time, which makes 1,139 the most logical age. This would make the age difference between her and Santa 611 years. But if you’re trying to get on Mrs. Claus’s good side, say she is 229 and that the age difference is 1,521 years.