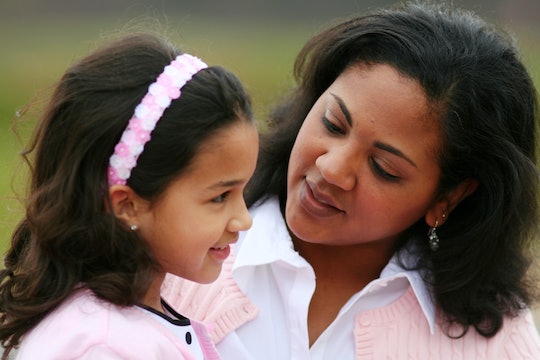 Basic Rules For Talking To My Kid About Politics

In a past life, I worked in politics, leaving college for a semester to travel around the country planning motorcades for Senator Kerry when he ran for president, serving as a gubernatorial tracker, and running an unsuccessful Congressional race for an Iraq war vet. Never once did it occur to me that talking about politics with kids might be inappropriate. However, in the last decade, politics has changed. Heck, in the last year it's has taken a turn, and it's time to brush up on the basic rules for talking to my kid or any kid about politics.

I grew up talking politics around the dinner table, although it was always understood that it wasn't appropriate to rant or rave about it in mixed company. However, with this latest election cycle, it's now barely appropriate to talk about some of the basic facts in public. With Trump caught on tape talking about "grabbing her by the p*ssy" or being accused by a foreign government of compromising public and private behavior, it's hard to know what is safe for a child's ears.

But just because the current president doesn't have an understanding of what is appropriate to say, doesn't mean manners and politeness and decorum go out the window. Furthermore, it doesn't mean politics should be an outlawed topic of conversation. Kids do need to know that grown-ups can speak thoughtfully and with passion and compassion about politics, despite what headline news might lead you to believe. One bottom line? Keep Michelle Obama's mantra in mind: "When they go low, we go high." Everything you speak to my kid about politics should pass that litmus test first.