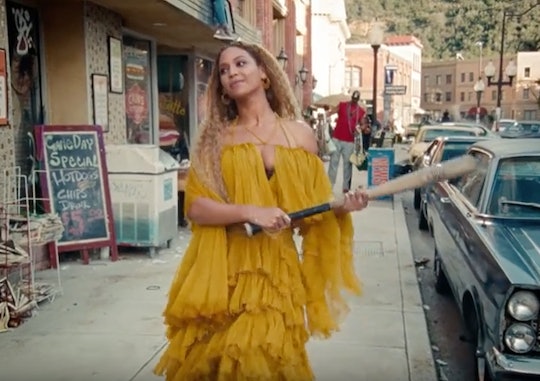 Whoever said all's fair in love and war never dated a journalist. The following infuriating things my partner said to me this year proved that our relationship wouldn't make it. Does the essential airing of my dirty laundry mean I'll die alone? Who knows. However, I think you will never have the opportunity to grow (in a relationship, and within yourself) if you don't take the time to comb through the remnants of a failed partnership, and figure out where it all went wrong. (Plus, at least I'll have had the last word.)

OK. So, I don't really think I'll die alone. However, what this year has taught me is that I'm not going to stand for any more casual cruelties — the world is cruel enough. By casual cruelties, I mean those glib, off-the-cuff remarks that lack sensitivity. As opposed to unforgivable acts that everyone can agree are cause for breaking up, casual cruelties exist in that vague, ambiguous terrain where you might find yourself wondering, "Am I crazy for being offended by this?" No. No you're not crazy. If I can say anything with this story, I will say that.

Look. I give everything to my partner — my heart, mind, soul, body — but I will not give up my pride. I won't give up a sense of safety, either, because feeling safe is what partnership is all about, right?

I can't feel safe in a relationship where casual cruelties are part of the everyday dynamic. I'm not saying that you have to say "boy, bye" if your partner says any of the following things. After all, every relationship and the people in them, are different. However, these are just some things that infuriated me so much that I felt belittled. I'm not going to lie, there were moments when I cried and had a pity party for myself. So, is writing this a form of revenge? I don't see it that way. I see it as a way of moving on. Perhaps someone reads this and realizes that she isn't crazy for being offended by an insensitive, infuriating remark. Maybe, just maybe, she'll say, "Boy, bye." because after the following quips (because yes these are 100 percent true life utterances) that's exactly what I did.