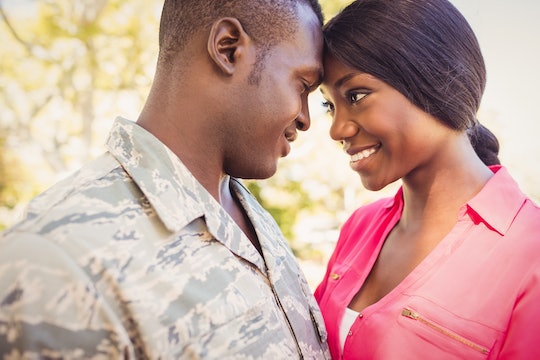 When you're a military spouse and mom, people make assumptions. Some are favorable, and others, well, not so much. Like most groups, though, our strength is in our diversity. We don't all have direct marketing businesses (although some of us do) or yellow ribbon magnets on our SUVs (although some of us do). But we do, however, have more than a few things in common. As the wife of an active duty service member and mother to a "military brat," I have to say these military mom stereotypes are actually true.

When I married my husband, I was convinced that I was anything but a "typical" military spouse, whatever I thought that meant at the time. Once our daughter was born and we had our first permanent change of station, however, I realized how very much a part of the military family community I was. It took a year-long deployment to truly grasp how much I really needed it. Maybe it was those negative perceptions that made me resist it, but I've since embraced what this role means, at least to me. I may not shop at the commissary very often, but I'm a card-carrying (for real, I have a card) military mom, and I own it.

So if you say any of the following to describe military wives and mothers, I'm going to go ahead and give it an #accurate: