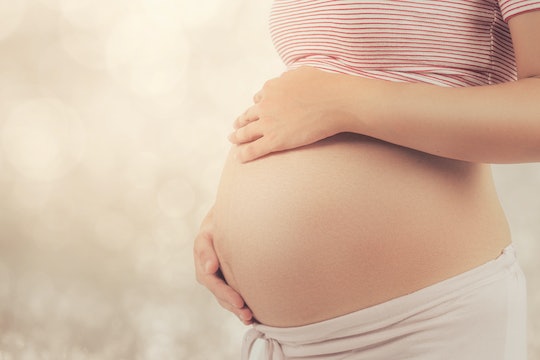 For me, settling into motherhood was a slow and steady process. I’ve heard stories about some moms experiencing obvious “aha!” moments that define this big change in their lives, but it took me time, practice, and learned confidence to really get comfortable in the role. A number of the milestones occurred after my son was born, but there were some pregnancy moments that helped motherhood feel real, too. It was a combination of both that led me to eventually not feel totally undeserving every time my growing son would lovingly say, “mama.”

Those pregnancy moments are especially on my mind now that I’m getting close to delivering baby number two. So far, this pregnancy has been slightly easier to endure than the first, not because I’m having fewer side effects or because I’m getting more sleep. I can definitely say, in-between waves of nausea and through my exhaustion, that I am not. I can, however, say that I’ve been through pregnancy before and, as a result, have a better sense of what I’m getting myself into. Well, technically what I’m already into and now adding to.

Pregnancy has plenty of challenges on its own, but (among other things) it also allows time for transition and preparation. It's also a reminder to get all of the adult-oriented TV programming saved in our Netflix queues out of our systems before little ones arrive and start asking questions. So, with that in mind, here are a few other examples of pregnancy moments that can make motherhood feel real: