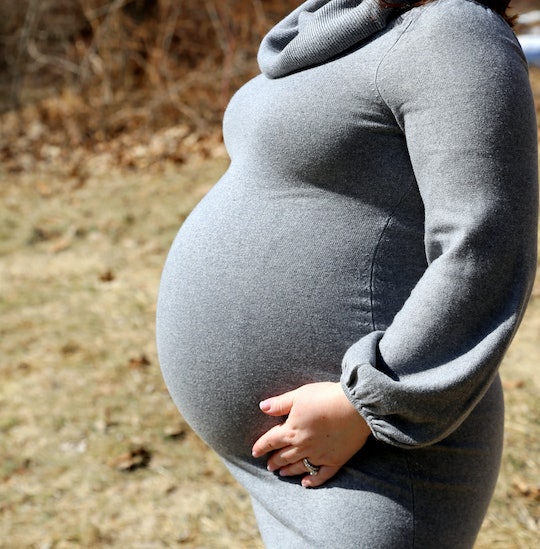 Gorgeous, ethereal maternity photo shoots depicting pregnancy as the most beautiful experience one can ever live through are everywhere. A mother-to-be stands atop a grassy knoll, adorned in a translucent ivory dress, staring wistfully into the sunset. The dusk bestows the most breathtaking amber glow upon a perfectly round pregnant belly, which the mother-to-be cradles in her arms. The scene is serene, and pregnancy looks perfect. While our society seems pretty obsessed with pregnant women, there are plenty of serious reasons why we need to stop romanticizing pregnancy. Pregnancy isn't glorious nor fabulous for many women. In fact, pregnancy can often be terrifying and unpredictable.

I would probably have another child if I wasn't horrified of being pregnant. When I say I hated being pregnant, I am being kind. I despised being pregnant. There was maybe a month that I felt normal and the rest of the time I was miserable. Don't get me wrong, there were some perks to pregnancy: people were extra nice to me, I got preferential seating at restaurants, skin tight clothes showed off my bump instead of my gut, and I (sometimes) loved feeling the baby kick. Everything else, though, sucked. Colossally sucked.

Both of my pregnancies began with a round of nausea during which I was too sick to even get off the couch. The most I was able to accomplish was walking from the bed to the couch and back. I practically crawled to the bathroom whenever I needed to go, because standing upright was nauseating. Every smell and every taste made me want to vomit, but I didn't. Not even once. I was just constantly, painstakingly nauseated. I begged to throw up and it never happened. When the roller coaster of nausea finally subsided after the longest 10 weeks of my life, the hot flashes arrived. Those were then complemented by heartburn that felt as if my esophagus was trying to kill itself. Dear reader, all of this was just the beginning.