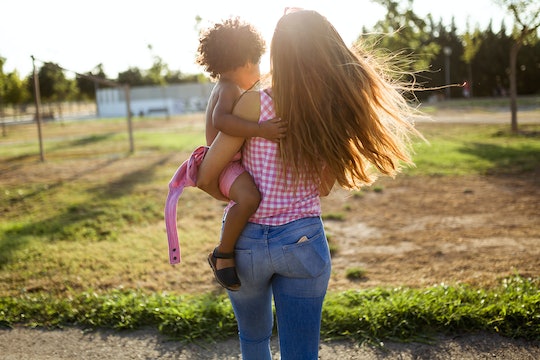 Before I became a mother, I was all about living up to other people's expectations and pleasing others and doing what others wanted, so that I could feel worthwhile and appreciated. I bought into the idea that being "selfless" and constantly saying "yes" was what people liked about me, so I continued to do things for others, even things I didn't necessarily want to do. Then I became a mom, and realized that moms are great at not doing sh*t they don't want to do, because I quickly stopped doing sh*t I didn't want to do or didn't feel was necessary or just didn't have the energy to do, even if I thought it would anger and upset others, or leave me open to judgement.

It took some learning, to be sure. In fact, I still have to remind myself that saying "no" is a really good thing, and something I should feel free to do without apology or guilt. I think, as women, our culture conditions us to say "yes" and be everything to everyone, and unlearning what has been taught to us since we were little is difficult, to say the least. Still, motherhood has given me so many opportunities to say "no," and refuse to do the things that I just don't want or need or feel like doing. My schedule is too packed and I am too busy with work and my son and my romantic relationship and my friendships, to try and prove to others that I am "selfless" and totally capable of doing all the things. Motherhood taught me that, in the end, it's just not worth it.

Of course, there are instances in which I do have to do things I don't want to do. I mean, wiping my son's butt after he's had a massive blowout isn't necessarily my idea of a good time. Still, when it comes to saying "no" to others, even people I love and care for, I've perfected that skill and am completely fine not doing things I just don't want to do. It's freeing, it's necessary, and it's possible because of the following reasons: