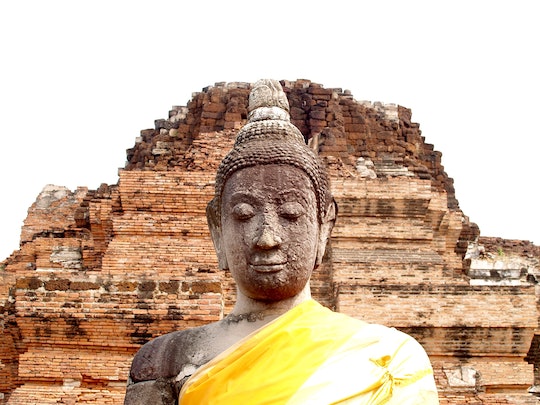 They say you should never talk about religion or politics in mixed company, especially if you're looking to avoid arguments. While this is true to an extent, I don’t think we should all have to avoid speaking about our beliefs, or lack thereof, all the time. As a mom, I know there will come a time when someone brings up religion around my kid. I welcome all exchanges of this nature, but only if and when they're handled respectfully. There should be certain rules set for talking to my child about religion, sharing your beliefs with them, or explaining the beliefs of others.

I should preface this by stating that I, myself, am not a religious person. While I grew up catholic, took Confraternity of Christian Doctrine (CCD) classes and did my communion, my faith pretty much ended there. These days, I teeter between atheism and agnosticism, and since my husband also shares my lack of religious faith, we plan to raise our son in a secular household. That doesn’t mean we’ll be outlawing religion in the household outright, or banning his evangelical christian grandparents (and catholic grandparents on my in-laws’ side) from ever uttering a word about their god. It just means that we will try to instill some important boundaries when it comes to these open discussions about religion.

More Like This
What Is RSV?
Here’s How To Keep Your Baby Safe When Their Older Sibling Is Sick
Can Elderberry Help Prevent Illness In Kids? Doctors Weigh In
The Best Halloween Family Pajamas To Match Your Boos