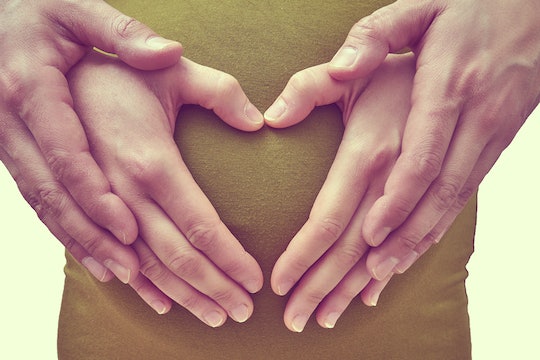 What Every Preggo Needs Her Own Parents To Know

Right around my expected due date, my mom texted to ask how dilated I was. I nearly choked. For most of my pregnancy, my parents were pretty good about not asking me intrusive questions. I had no idea how dilated I was, and no plans to discuss my cervix with anyone but my midwives (and said so when I texted back). She apologized, and I felt better. Though odd, this question was nothing compared to what I’d heard from other moms I talk to online and elsewhere. Clearly, there are some things every pregnant woman needs her parents to know.

It's understandable that our own parents get excited when they find out they're getting grandchildren. Babies are exciting to everyone, so it only makes sense that they're extra exciting when they're your baby’s babies. However, and sometimes, a few folks can let their grand excitement lead them to some grand social faux pas, often despite their best intentions. I know moms whose parents insist on calling their children “my babies!” despite how it makes them feel, or who insist on being in the room while they give birth, or who persist in telling them what to eat or scolding them for gaining weight. So much nope to go around.

Grandparents, like everyone else, occasionally need to be reminded that a woman’s pregnancy is not a license to comment on her body, or demand to know things about it, or to tell her what to do. A pregnant woman is still in charge of her own body, and she still gets to set her own boundaries around it. To the loving grandparents out there: it may be really hard to contain your excitement or concern, or even to accept that your baby is having a baby. However, this is her thing now, and she needs you to be supportive, not to take charge or butt in where she's not welcomed you.