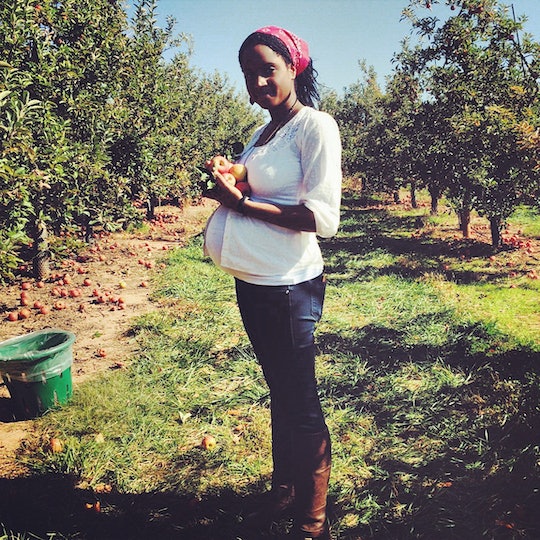 11 Ways I Owned My Body When I Was Pregnant

Though I didn't always love the physical realities of pregnancy, I loved being pregnant. I was so excited to meet my son, and thoroughly impressed with my body's ability to make a brand new person from scratch. Still, I definitely struggled with some of the social and emotional changes that came with being pregnant, particularly the way many people felt entitled to me and my body once they realized I was pregnant. In response, I consciously cultivated ways to keep a sense of bodily autonomy while pregnant, to protect my wellbeing and sanity.

"Bodily autonomy" is a fancy term for a simple concept: the idea that we all have a fundamental human right to make our own choices regarding how to use our bodies, and the absolute right to control what happens to our bodies. Even as corpses, we retain this right, which is why no one can be forced to be an organ donor, for example. Yet some people think that living, breathing women don't have this right, particularly when we're pregnant. That's why we continue to fight battles over our rights to birth control, abortion, and other basic health care. In less extreme circumstances, it's why people think it's OK to touch pregnant women's bellies without asking, or tell us what we can and can't eat and that our birth plans don't matter.

Enduring other people's sexist nonsense is almost as exhausting as pregnancy itself. Scratch that — it's more exhausting. So I made a special point of honoring my body throughout my pregnancy, because ain't nobody got time (or energy) to make new people and deal with grown people's bullsh*t. Whether it was doing simple things like eating, sleeping, and moving on my own terms, or standing up to would-be belly-rubbers and bullying doctors, I made sure pregnancy didn't eclipse my right to bodily autonomy by doing the following:

More Like This
18 Pregnancy Announcement Ideas Break The Good News To Your Family
Katrina Scott On Being First Pregnant Model In Sports Illustrated’s Swimsuit Issue
Ashley Graham On The “Fun, Organized Chaos” Of Raising Twins
These Stepmother's Day Instagram Captions Are Straight From The Heart