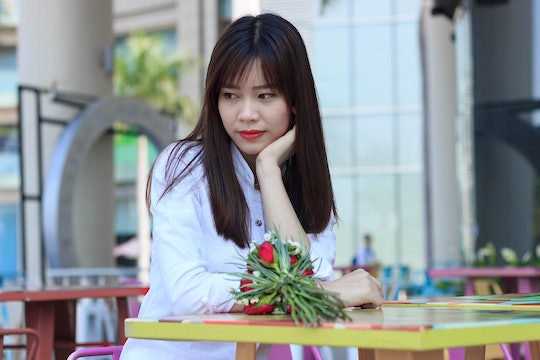 12 Things No One Will Tell You About Pregnancy Loss, But I Will

The first time I got pregnant, I was completely taken by surprise. I wasn't trying to get pregnant and I wasn't sure if I was ready to be a mom. Still, even as I took the test, something in me was preparing to feel disappointed if the test turned out to be negative; a shocking feeling after spending well over a decade feeling unequivocal relief after seeing just one pink line. I cautiously let myself get excited about being pregnant, telling my partner and reading up on pregnancy and parenting. But there are things no one tells you about pregnancy loss, that I wish I had known as I went about making my plans.

A few weeks into my second trimester, right after I had finally become comfortable enough to tell other people, including my stepdaughter, that we were expecting a baby, everything started to fall apart. My water broke and I ended up hospitalized at just 19 weeks, and it was the scariest, most heartbreaking experience of my life. We didn't know what was going wrong, but we knew that we had to act fast in order to keep me healthy and preserve my future fertility, so I had to begin the process of saying goodbye to someone I'd never get to know. It was devastating.

Part of me had been prepared for the idea of something going wrong in my first trimester, when risk of pregnancy loss is highest and when I had experienced some bleeding that eventually resolved itself. But at 19 weeks, nearly halfway into my pregnancy, I'd already felt by baby move. I'd picked a name for him. I had let myself relax and truly believed that I was well out of the woods. I was wrong, and I felt horribly cheated.