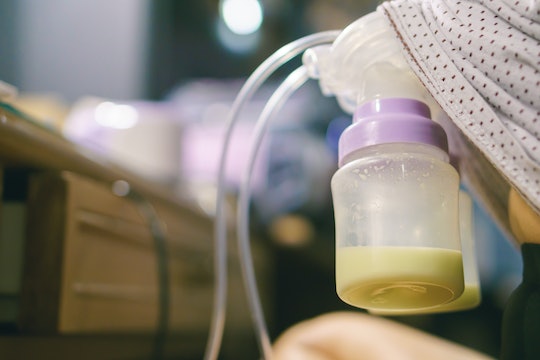 10 Things I Needed When I Was Pumping At Work, But Was Too Afraid To Ask For

When I returned from maternity leave after having my first child, New York had yet to establish the law that required companies of a certain size to provide a private, dedicated pumping space. I worked at a cable network, in a building with a studio, and would run down to the basement dressing rooms in the hopes they'd be free when I had to pump twice a day. Since my employer wasn’t obligated to accommodate nursing moms, I was afraid to ask for things when pumping at work. Though my boss and the rest of my team knew I was dedicated to pumping and respected the fact that I’d have to duck away from my desk, which was in the middle of an open office, to do so, I always felt sneaky about the entire ordeal. It was as if I had to pretend I wasn’t providing meals for my newborn baby, who was home without me while I wrote and produced commercials in a windowless office for eight hours a day.

Pumping was physically, and emotionally, complicated at work. It added stress to my day, especially when I had to constantly figure out where and when I could pump privately, and I was already frazzled as a new, sleep-deprived mom. It got marginally easier when I had my second baby, only because the New York lactation law had passed and my employer had installed a Mothers’ Room where I could pump. They could have put some better signage on it, though. All too often I’d go in there at my scheduled time and find someone hanging out on their phone, just seeking a little privacy.

In the hazy period of adjusting to being a parent, it was easy to put all my own needs to the side. In hindsight, though, I wish I had been more vocal and unafraid to ask for the following things when I was pumping at work: