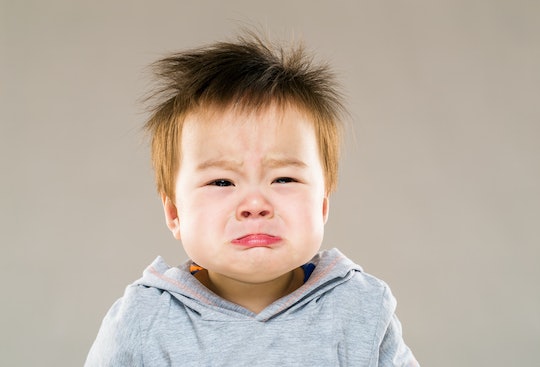 I didn't get into this parenting gig thinking I would be dealing with an angry kid. But there are so many things (like, all of them) that we don't expect when we become parents. That's why the shame and unsolicited advice make everything worse. I'm already asking myself what I'm doing wrong, so I don't need a stranger to do it, too. If you're like me, and you love your angry child but hate the advice, you probably know all about the things parents of "angry" kids are tired of hearing.

It took me a while to say this without feeling like I was betraying my little bean. My first child came out of my womb angry, though. They (my child uses gender neutral pronouns) had birth trauma subsequent to meconium aspiration, and were shoved into a too bright, too loud world with a fragile nervous system primed for dysregulation. My partner and I had no idea what the heck to do with a wailing, sleepless, disgruntled little newborn and, even though first children are designed to withstand first time parents, it was hard AF for them.

Did this make them angry? I don't know. Did my temperament as an "angry" teenager make them angry, or my partner's sometimes-grumpy disposition? Who knows. Maybe? What I do know, however, is that parents need support instead of judgment. So please, when faced with the parent of an "angry" kid, please don't say the following things. You have no idea how tired we are of hearing them.