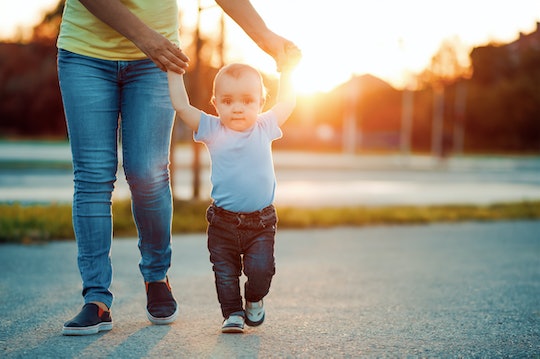 10 Things Parents Of Toddlers Should Never Feel Guilty About

In many ways, having a toddler is an exercise in humility. They'll routinely and mercilessly (and sometimes on purpose) embarrass you. Whether you’re out in public, at a friend’s house, or simply enjoying a coffee with friends in your kitchen, they will decide to put their most toddler-y foot forward… and usually into something expensive and breakable. When your toddler decides to invoke the ancient rite of being a child, that’s when you need to take a deep breath and remember that there are things parents of toddlers should never feel guilty about. As I tell myself pretty much daily, “I can parent them, but I cannot control them.”

They’re toddlers. They’re going to act like toddlers, which includes, but isn't limited to: inappropriate commentary (“That lady farted!”), screaming tantrums, dropping to the floor and kicking (not always tantrum related— kids are just weird as hell sometimes), loud, unsettling noises, smelly diapers, and, as was the case with my daughter last weekend, shoplifting (I brought back the item she snagged). They will do these things in places where acting like a toddler is frowned upon, such as a grocery store, restaurant, house of worship, or shopping mall. Certainly handle the situation as best you can, but don’t feel guilty about the fact that it happened. Because it’s going to happen again… and again… and again.

These fascinating creatures — straightforward and simple, but deeply complex — often make me wonder if the things they say and do make sense to them, or if they are just as baffled by their own behavior as we are. We may never know. In the meantime, here are some incredibly toddler behaviors that you shouldn’t feel guilty about.