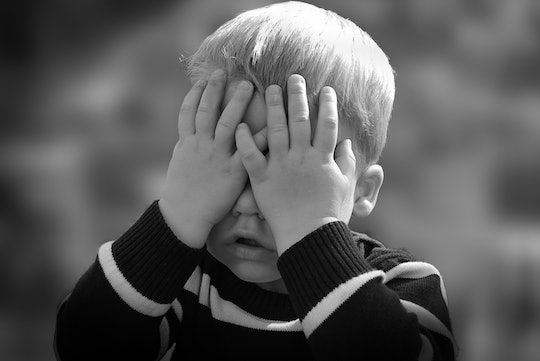 10 Things That Aren't My Kids' Fault — They’re Mine

When you’re single and child-free, it’s very clear what you’re responsible for in your life. You have to pick up the slack and own up to the results of everything you do. Once there are others involved, though, the lines of responsibility can blur. Sometimes we end up scapegoating our significant others, or worse, our kids. While our children do deserve to own up to their own actions (when appropriate, and once they’re a bit older than, say, an infant), there’s something we need to be clear about. Some things aren’t our kids’ faults — they’re ours.

More Like This
18 Best Sand Toys In 2021 For Babies, Toddlers, & Kids
The Best Splash Pads For This Summer
Best Montessori Learning Towers: 11 Kitchen Helper Stools For Toddlers
25 Star Wars Toys & Gifts The Biggest Tiny Fans Can Get Behind

As a mom, I know I can get frustrated at some of my son’s behaviors. There are days when I wish he would just settle down and read a book. Then again, he’s only 3 years old and while he might pick up a book to look at pictures, he’s nowhere near prime reading age. Sometimes I get frustrated with him because he’s acting out, but I know it’s because he’s tired or uncomfortable or frustrated with a set of emotions he can't understand.

For example, just this past weekend I was wishing he would be a bit quieter, but I knew he’d been cooped up at home for a few days. I was recuperating from a cold and his father was coming down with it, so neither one of us felt up to building block towers or busting out watercolors or hitting the park. It wasn't our kid's fault, though it wasn't entirely ours, either. still, it made me realize all the other times it's tempting to pint the finger at someone else, and reflect on my own actions as a parent.