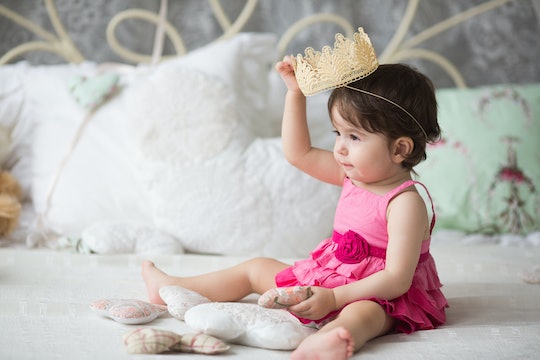 10 Times Gendering Made Me Want To Poke Out My Own Eyes, Now That I'm A Mom

I've had it up to here with the incessant "pinking" and "bluing" of everything. In the good old days (the '80s, duh), you had to wait until that baby came out and, even then, everything was primary colors. We've had sh*tty gender roles forever, but as women looked to the ultimate glass ceiling, society has backpedaled, going the extra mile (in reverse) to make sure boys and girls (and nothing in between) know exactly where they stand. As a mom, the times gendering has made me want to poke out my own eyes are massive in number, which is exactly why we need to talk about this ridiculousness.

I like to think of myself as an enlightened parent, but I did find out the sex of my baby. A lot of my learning around gender happened concurrent with my pregnancy, but I at least understood that I was finding out the sex that would likely be assigned at birth. Gender, an internal sense of self as male, female, both, or neither, is something else entirely. Until my daughter can tell me something other than "I eat cake," I won't know her gender identity (but I'll use she/her/hers pronouns for now). Regardless of how she or any child identifies, however, I think gendering is not only pointless but limiting, and I'll be damned if I let anyone put my kid in a gender corner.

When I was pregnant, I planned for a gender-neutral nursery (who doesn't love foxes?) and stocked up on onesies from both sides of the aisle. I can't control everything in my kid's environment, though, and it can be hard to kick my own social conditioning (not to mention the fact that it's so much harder for boys to cross the gender line than girls). Collectively, we're making strides in the right direction, but gendered moments like these make it really hard on parents like me: