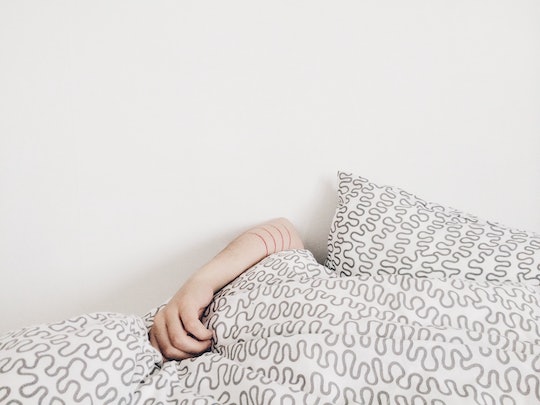 10 Weird Things Every Mom Does When She's Tired, Because #MomProblems

Sleep deprivation is an unfortunate, but common, side effect of motherhood. I don't think there's a single mom on the planet who doesn't need more sleep. Being in a constant state of exhaustion can lead a mom to some very questionable antics, and while the weird things moms do when they're tired are mostly hilarious, some of them are downright strange.

Being sleep deprived sort of feels like being drunk. At first, it's sort of fun, but eventually, when the hilarity wears off and complete and utter exhaustion set in, the brain begins to suffer. Being sleep deprived affects your parenting in a lot of uniquely crappy ways, most of which are completely harmless but incredibly annoying. Walking around all day, every day like an extra from The Walking Dead, while also trying to take care of and nurture another human being's life, makes even the most put together of us feel like we're completely losing our collective sh*t.

Though sleep deprivation is a fairly routine part of parenting that, yes, eventually subsides, the toll it begins to take after weeks (or months) of exhaustion, can feel mind numbing at best, and like you're physically dying at worst. Especially when you reach the point of feeling like you've lost your damn mind, which trust me, will inevitably happen. Once you reach that point, things might start to get a little hazy, and you will find yourself doing some seriously weird things, including the following: