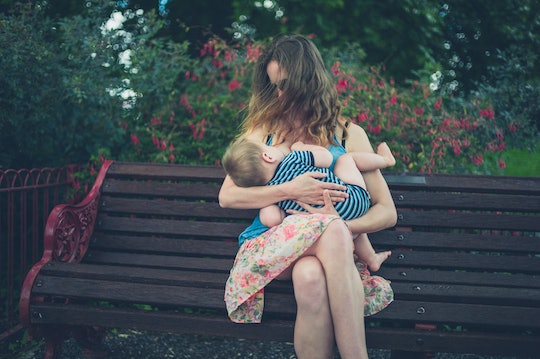 11 Breastfeeding Feelings I Was Too Afraid To Say Out Loud

Prior to having my first child, I was 100 percent sure I would breastfeed. I truly believed everyone just simply breastfeeds without experiencing any issues. Then, when I tried with my daughter, I was devastated to learn it wasn't as easy as I had assumed. Never in a million years would I have thought it would be so difficult, so painful, or that I would have thoughts I was too afraid to say aloud. I was convinced if I voiced my thoughts and feelings when I was struggling with breastfeeding, those around me would think I was an unfit parent, a selfish parent, and a parent who didn't deserve her amazing little girl. So I didn't say anything and, eventually, gave up nursing. I should have asked for help. I should have reached out to professionals and medical providers. I should have asked other women, those with experience. But I didn't, and my ability to breastfeed suffered because of it.

Fast forward a few years and I'm pregnant with my son. I swore to myself I would voice my breastfeeding concerns this time around and I would get the necessary help. Still, the first six weeks were brutal, and nursing was just as painful and as difficult as it was with my daughter. But this time around I asked for way more helped and persevered despite clogged ducts, a tongue tie, incorrect latching, and bleeding and bruised nipples.

I got through the first six weeks and finally realized how great breastfeeding could be. It took a lot of strength and determination to push through every breastfeeding obstacle I could think of, but it felt worth it at the end. While I was struggling, though, I still had many thoughts I was reluctant to share with others, including the following: