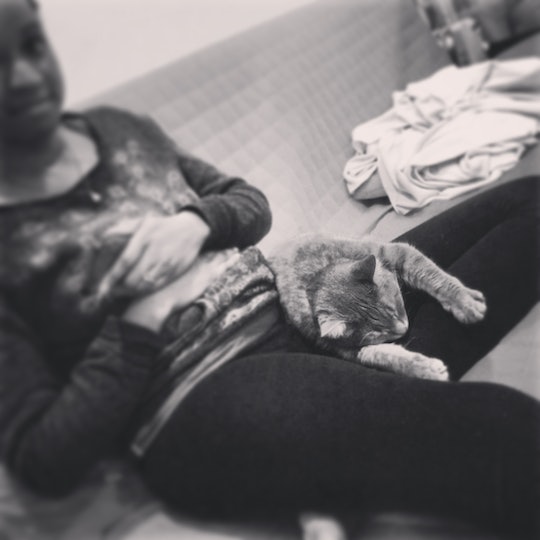 Things I Did For Myself During My First Trimester

Unfortunately, I've had to do the first trimester of pregnancy twice, so I can honestly and quite knowledgeably say: it's the worst. For me, the first trimester feels like having a terrible, three-month long hangover, plus extra nausea and fatigue, without the benefit of having partied first. It's totally unfair. There were certain things I did for myself during my first trimester, to make pregnant life bearable enough to make it through to the other two trimesters (and, eventually, meet the tiny and adorable prize at the end).

While I wasn't necessarily great at self-care before pregnancy, my first trimester became a crash-course in putting my health and wellbeing first. Honestly, I didn't have any other choice. I was so tired I could barely move at times, and if I didn't nap frequently my brain just would not work at all. And while I've always had a pretty astute sense of smell, pregnancy kicked that into hyperdrive, which meant life in a city was quite nauseating. (At least, until the best barbecue place in town opened up around the corner. That was a truly wonderful day. Sincerest gratitude to all the pigs who gave their lives to make my neighborhood smell like ribs instead of garbage and drunk-dude pee.) So as much as possible, I holed up in my apartment; an island of pleasant odors, easy-to-eat snacks, mint tea, and purring cat.

Every person and every pregnancy is a little different, so if you're new to the first trimester club, definitely figure out the combination of stuff that makes these next few weeks livable for you. For me, the following were absolute musts until I made it to the energetic second trimester promised land: