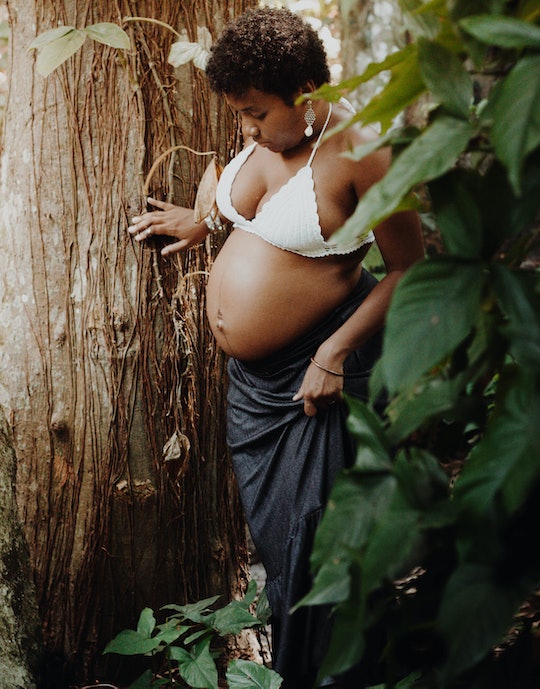 11 Things To Say To A Pregnant Woman Aside From, "Wow, You're Glowing!"

I never glowed. It's not like I turned into some horrifying hellbeast for the duration of my pregnancy, but I didn't all of a sudden transform into Beyoncé at the 2017 Grammys, either. (I'm still not over how amazing she looked.) When people said it, I didn't mind though, because, as a society, we have established one polite narrative for pregnant women, and it involves saying the words, "You're glowing." However, there were lots of things I needed to hear when I was pregnant that had nothing to do with my perceived luminosity.

Pregnancy is a really interesting time for a lot of people, emotionally, physically, and otherwise. Having a child is a huge decision and even if having a baby doesn't change you (and it doesn't always) it will invariably change the way you live your life. Pregnant people are aware of this, and it stirs up a lot of feels, which are in turn often either belittled, inappropriately joked about, or ignored. The emotional depth and range of pregnancy is not a subject that we, as a culture, have really delved into, which should shock precisely zero people since pregnancy is a topic associated with women and women aren't allowed to have complex and emotional lives (at least not if the majority of pop culture and literature is to be believed).

But, since we do have extremely complex and emotional lives, I thought we could go beneath the glowing surface of a person's gestational period and talk about what I (and I'm guessing at least a few other people) would have liked to hear while pregnant.