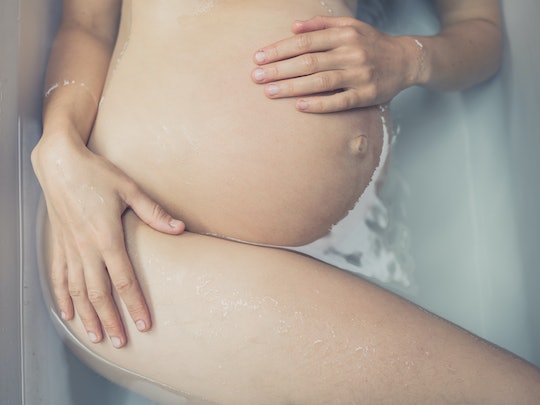 18 Moms Share The Best Thing They Did Before Baby

When you're at the tail end of pregnancy, doing literally anything can run opposite to every instinct you have. You're big, tired, and done. You'd rather focus on various ways to try to induce labor because get out baby. However, as someone who has been there (twice), I'm telling you that it's worth the effort to treat yo' self before your due date. Other moms agree, too. In fact, I asked 18 of my nearest and dearest "What's the best thing you did for yourself before your due date?" The fond and fuzzy feelings that surfaced in their answers confirmed my theory: indulging in something special (other than napping and staying home) is something all pregnant women should, at the very least, consider.

Throughout a lot of my first pregnancy I was a total homebody, mainly because my body liked to be asleep by 8:30 p.m. In retrospect, I wish I'd forced myself to get over that apathetic hump just a little more often. Nowadays, with two children under the age of 6, spontaneous outings of any sort are just not happening. Ever. However, one night, a week or so before my due date, my best friend planned a dinner on the roof of his building (which happened to have an amazing view of Manhattan). This wasn't anything particularly out of the ordinary and I was a regular fixture at their apartment. In other words, we had enjoys similar dinners a million times. It was so very not out of the ordinary, in fact, that I considered not going because I was so tired. But I realized that I wouldn't have too many opportunities to just jaunt on over there in the future, at least not without either bringing my baby or arranging childcare. So my husband and I went over and now this evening is among my fondest memories of life before children.

What are other moms glad they took the time to do for themselves? All aboard the Self-Care Express to find out!