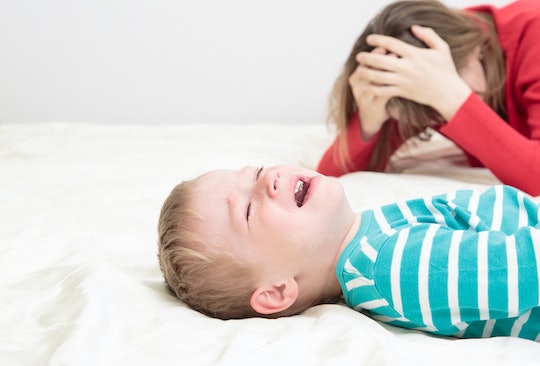 I don't know about yours, but my toddlers were infuriating 99 percent of the time. It's a good thing they were also so darn cute. Yelling at my kids is not a parenting skill, it's more a hazard, but I'll cop to being totally imperfect because there are things I really meant to say when I yelled at my toddler. Hopefully, by getting the things I really meant out there, I'll be able to actually say them with my soon-to-be toddler instead of regretting that I didn't with my no-longer-toddlers.

I think a lot of parents walk a similarly fine line when trying to discipline their kids while simultaneously still making clear that we love them. Yelling is incredibly triggering to me as an emotional abuse survivor, but I had no idea my temper would be something I'd have to contend with as a parent. It was that important to me to not yell at my children.

Sadly, it's all too common for me to lose my temper with my kids. There are so many things I wish I could change now that my two oldest children are 7 and 5 years old, but I can't. So I'll settle for learning from my past mistakes with my two older children and, as a result, creating intentional practice around not yelling with my youngest child. That practice starts by admitting the things I should have, could have, and wished I had said to my former toddlers, instead of losing my temper.