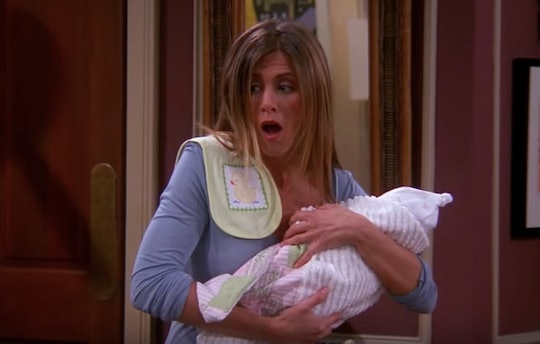 12 Media Depictions Of Raising A Newborn That Are Totally Wrong

I love TV and movies. Always have and, I assume, always will. As a parent, TV is one of the few hobbies from my pre-parent life I can still regularly indulge in (after bedtime, because kids and HBO dramas are not a good combination). Movies, well, I don't get to see them when they come out, but I usually get around to it. But now that I am a parent I see media differently, especially sit-coms and comedies, which are often family-centered. Because media depictions of raising a newborn are totally wrong. Like, so, so laughably wrong.

And I get it! I'm not asking for a whole bunch of changes because parenthood, for the most part, is not glamorous and revolves around a lot of monotony and routine. And even the stuff that parents find wildly exciting or fun is probably neither exciting nor fun to anyone who does not also have a child directly involved. Like, I regularly watch video of my children (now 3 and 6) as newborns, but I don't plan to pitch it to some Hollywood big wig, like "This is amazing! People are going to love it! About a minute in they sneeze and it's hysterical."

So, yeah, it makes sense that newborn/infant life isn't accurately depicted in film. Still, it is funny to observe, as someone who's been there, how very many ways the big wigs in Hollywood have managed to screw it up.