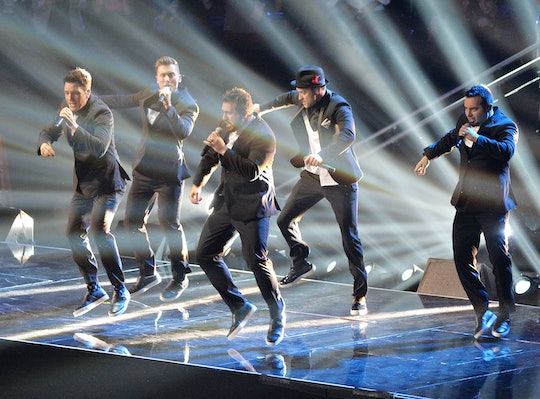 *NSYNC Songs That Prepared You For Motherhood

When I was a carefree ‘90s teen, I never anticipated the boyband pop I was obsessed with was instilling values that would someday help me parent. I never thought the songs I played at full volume in the car would someday take on new meanings, or that I’d be singing those same lyrics to help my baby sleep. However, I’m not sure any of us really understand the depth or the wisdom behind boyband music, since, as it turns out, there are a number of *NSYNC songs that definitely prepared us for motherhood. I know, it sounds kind of ridiculous, but in between the slick choreography, matching outfits, and (failed) attempts to surpass the Backstreet Boys in every recognizable way, there were actual sweet lessons to be learned.

My son is too young to appreciate the pop music of yore, but that doesn’t mean I don’t look forward to offering him a steady diet of it, not unlike my own dad’s efforts to indoctrinate me into classic rock. For the time being, he (my son, not my dad) is mostly into Mickey Mouse Clubhouse and various Nickelodeon shows that involve dancing animals. But someday, I’ll sit down in a big armchair that's conveniently positioned next to a crackling fire, pull him onto my lap, and say, “Let me tell you about the ‘90s.” In the meantime, I have these special songs to help me through.