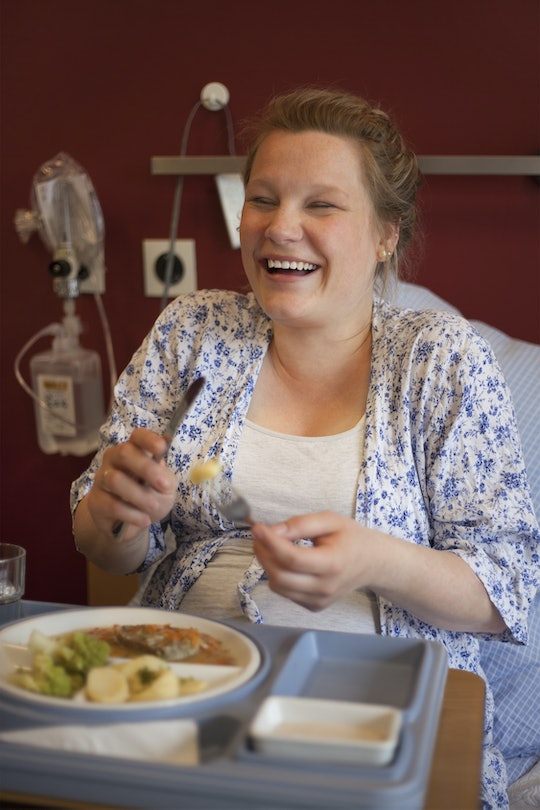 There are so many rules, guidelines, and restrictions that govern every aspect of a woman's life when she becomes pregnant. Honestly, sometimes it feels like you're living in lock down. However, when we understand a behavior can be damaging to our unborn baby, it's easier to alter our daily habits. Then again, the rules are changeable depending on who you ask, so it can be frustrating. The rules governing which foods pregnant women should avoid seem to be especially ambiguous, which is why pregnant women obsess over food. In fact, I listened to pregnant women describe their dream postpartum meal, which only proved that the only thing a pregnant woman wants more than her baby in her arms, is a lovely and very large meal directly in front of her.

I realized that for many of these women, all the things they weren't currently allowed to eat, or the things they had chosen to limit, were becoming their fantasy foods. (For an up-to-date list of foods to avoid during pregnancy check out FoodSafety.gov.)

The thing I missed the most when I was pregnant, wasn't actually a food at all. It was a drink. I found myself constantly dreaming of having some wine when I was postpartum. I ended up breastfeeding and I decided I didn't want to drink any alcohol while I was nursing. I nursed for over 2 and a half years and, well, now I have no tolerance for alcohol at all! Still, that first sip of wine was heaven.