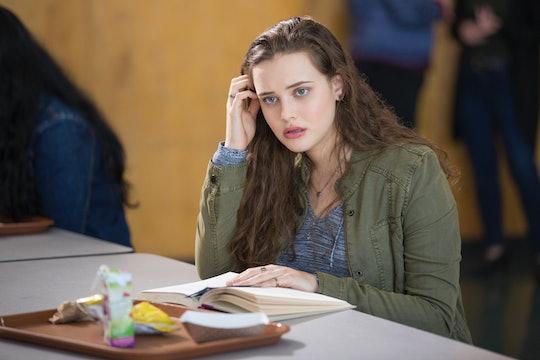 When I started watching 13 Reasons Why, the only thing I knew about the show was that it was about teen suicide, and my husband jokingly called it Saved By The Bell Jar. I had no idea the story would trigger so many bad memories of my own teenage years. (If you haven't watched it yet, there are spoilers below). As much as I would like to be able to forget the times I experienced bullying and sexual violence as a teen, it's impossible, and 13 Reasons Why accurately portrays teen bullying in a way that makes that impossibility all the more obvious. As a survivor, the authentic depiction honestly made me want to stop watching. As a parent, however, that same authentic depiction made it way too important for me not to watch.

It's horrifying to imagine my kids experiencing violence like I did when I was young. In many ways, they face challenges that I didn't have to. Smart phones and social media have made things like cyber-bullying, sexting, and revenge porn so easy. However, so many aspects of bullying haven't changed at all since I was a teen, even with the advent of easily accessible technology. Boys still objectify girls and feel entitled to their bodies. People still expect girls to be sexy, but not too sexy. There are still the "cool" kids and the kids who don't fit the so-called "cool" profile. Kids still want to be liked, so they join in on bullying, ignoring how dangerous and detrimental it can be and, instead, pretending everything is normal.

I see parts of myself in Hannah (and in Jessica, Skye, Sheri, and Courtney), and parts of my daughters, too. I survived my teen years, but so many kids don't. According to NPR, the rates of teen suicide are climbing, and it is now the second leading cause of death for teens. That scary fact alone made 13 Reasons Why worth watching, especially if you're a mother.