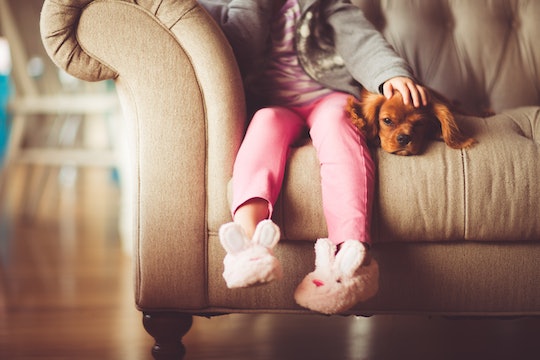 13 Ways Motherhood Is The Most Stressful (But Totally Worth It)

It’s a universally acknowledged truth that motherhood is stressful in many ways. I mean, there’s a reason why there's a stigma about moms and wine; the idea of a relaxing moment with an adult beverage is appealing when most of your day is spent looking for toy trucks, soothing minor cuts and bruises, and wiping yogurt out of someone’s hair (and those are the easy days. Let’s not talk about the ones where a kid ends up skipping a very necessary nap).

Of course, that’s not to say that there aren’t plenty of great things about motherhood, including but not limited to how generous young kids can be with their smiles and hugs, and the euphoria that comes from hearing them pronounce a new word, only to quickly pick up two-word to three-word phrases. (As you can probably tell, my son is still pretty young.) My son's a little over two years of age, so I know I still have a lot to learn about school and sports and friends and dating and when I’m actually supposed to feel comfortable with the idea of him watching rated-R movies.

Still, in the meantime, I’ve already discovered plenty of things that raise my stress level. Motherhood is awesome, yes, but it can also keep one up at night (and not just because the glow of the monitor is shining right on your face or your kid is having trouble sleeping again).