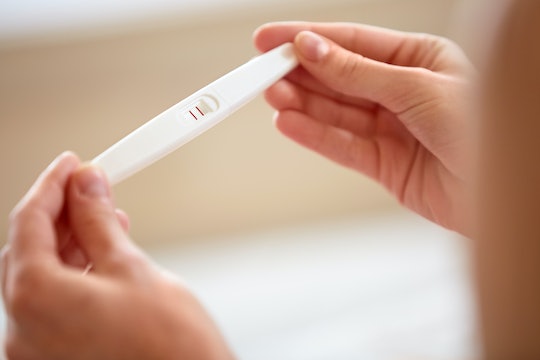 14 Things No One Will Tell You About Your Unplanned Pregnancy, But I Will

I have been pregnant twice in my life, and both times have been unplanned. Both pregnancies involved two different people; both pregnancies happened in completely different times of my life; both pregnancies ended differently; both pregnancies taught me life-long lessons I have cherished and grown from and am thankful for. The are things no one will tell you about your unplanned pregnancy; things that get buried or forgotten or manipulated or misconstrued because, well, the moment a woman becomes pregnant, everyone has opinions. People want to tell her what to do with her body, how to continue on with her pregnancy, and how to feel about her unplanned pregnancy in general. It's exhausting. It's wrong. It doesn't have to be that way, though.

Thanks to prevailing gender stereotypes, sexism and a patriarchal society, pregnancy and motherhood are held up as the end-all-be-all of a woman's existence. What kind of a woman are you, really, if you don't want to be, or eventually become, a mother? (Hint: a normal one.) Whatever a woman wants to be and do during her lifetime, should be considered "normal," and for a growing number of women in the United States, "mother" isn't on that list. According to the U.S. Census Bureau’s Current Population Survey, in 2014, 47 percent of women between age 15 and 44 had never had children. So, it shouldn't be surprising that not every single woman's reaction to an unplanned pregnancy is joy or excitement. There's a wide variety of relenting emotions that bombard you when you find out your unexpectedly pregnant, and no one gets to say what those emotions should be. You can excited, sure, but you can also be sad and scared and disappointed and unsure. You can feel whatever it is you're feeling, because this is your body and your life and your future.

So while there may be certain people or certain prescriptive messages out there that seem somewhat hellbent on telling you how to feel about your unplanned pregnancy, here's what I know from experience. Here's what I think every woman should know when she looks down and see's two parallel lines she didn't plan on seeing: