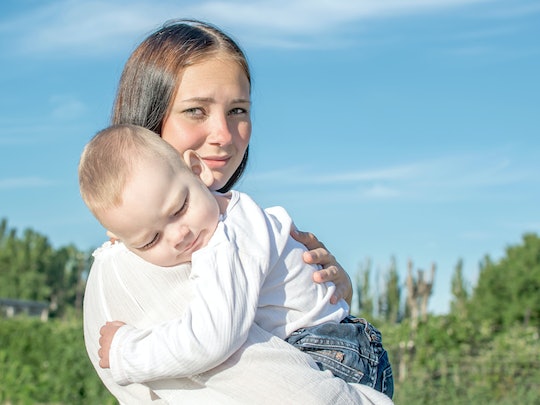 15 Russians Moms On What They Think American Moms Should Know

Raising children as a Russian mom in the United States can be interesting to the spectator, to say the least. Russian moms, who emigrated to the U.S. as children, have been raised in the same culture that raised their parents. The rich Russian culture and the words-to-live-by traditions have not only been passed down generation to generation, they seem to have ingrained themselves into the pores of most Russian households. As a Russian mom, I wanted to find out what other Russian moms wanted American moms to know, because no matter how Americanized Russian moms are (especially those who came here as young children), many of them still hold on to and embrace their own upbringing and carry it with them into their own child rearing.

Obviously each culture and ethnicity around the globe has its own way of bringing up children. Every culture has "tried and true" methods for potty training, feeding, nurturing, and disciplining. If you take a peek into the many secret Facebook groups designed specifically for Russian parents, you'd see them arguing about the best places to send their children to daycare (and it will most certainly be a Russian daycare), but they will all be in agreement over the fact that kids should wear hats and eat buckwheat. They may argue about politics, but will all put down their pitchforks when someone's child is sick and needs help. After all, Russian parents do have a "it takes a village" mentality and will help each other in time of need.

Some may find our parenting strange, or maybe a "little too much," but I honestly love my culture and wouldn't want to raise my kids any differently. Both of my kids went (and currently go) to a Russian daycare where most of the curriculum is taught in Russian. Both of my kids speak Russian (although the eldest needs constant reminding). We love our cured meats, our greasy foods, and our soups (even though many of us have made some dietary adjustments in attempt to be healthy, which drives many of our parents crazy). We mainly hang out with other Russian parents, too, because it's easier and comforting to stick to what you know without having to alter the way we speak to our kids.

When I asked fellow Russian moms about the one thing they would say to American moms, they were more than willing to participate. And as they all offered their advice, they all had a good, hearty laugh over the idiosyncrasies of our culture.