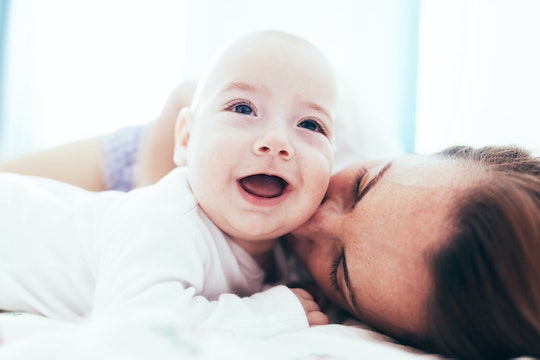 As parents we have a very short window when our baby functions (mostly) as a source of our amusement. As they discover the world for the first time, we see everything through their eyes and, well, life can look pretty crazy and awe-inspiring and even a little shocking. The times babies have had their little minds blown by the simplest things remind us that, in the end, it really is the little stuff that can make a big different. Like, that box you've had in the corner of your home for a few months? That thing is a never-ending source of happiness.

Babies’ reactions to the most mundane experiences are not only hysterical, but force us adults to give pause and consider just how ridiculous damn near everything can be. Did I ever really get any pleasure from the toast popping up until it happened in front of my infant when I was wearing her in the kitchen? Her eyes popped out of her head and I nearly died laughing. I curse the day my baby realized the window to the washing machine was not actually a television.

Are we laughing at our kids, instead of with them? Yes, a little bit. But only a little and I think that's OK. Parenting is so often gross and frustrating and exhausting and thankless. Honestly, we could use (and definitely deserve) the laughs. Plus, we’re not laughing at their expense; our kids aren’t getting damaged for being unintentional jesters. So, if you’ve abstained from exploiting your kids for your own entertainment, please enjoy the following times babies had their little minds blown by the simplest things.