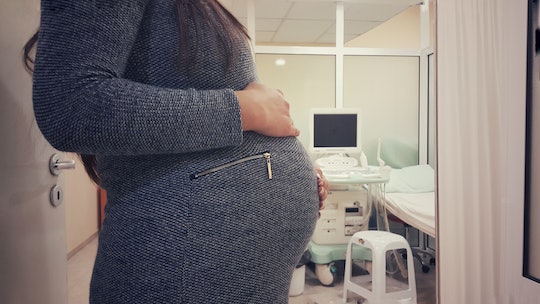 16 Things I Was Not Ready For After I Got Induced

I had two unmedicated child birth experiences prior to my last labor and delivery. Because of pre-eclampsia, I was induced when I was just over 37 weeks, but I wasn't afraid of induction as I wouldn't been with child one or child two. At that point I was so over the crunchy-is-best, sanctimommy horse, well, you know. Still, there were things I was not ready for after I got induced.

I was woefully under-prepared for induction. It honestly didn't even occur to me that induction was a possibility. I know, I know, that sounds so naive, but give me a second to explain. I'd had two children already with nary a whiff of induction talk. This was going to be my last baby and there was no reason for it to go any differently, right? Wrong.

My last pre-birth class was during my first pregnancy seven years prior. The birthing class was held by a midwifery center and had a decidedly anti-induction, anti-medication, anti-hospital bent. So the stuff I remembered about Pitocin and epidurals? Yeah, it was mostly the things I learned when watching MTV's 16 & Pregnant. Needless to say, after a 30hour hospital stay to assess for pre-eclampsia, you'd be right in guessing I was not ready for any of the things that happened after they told me I had to be induced.