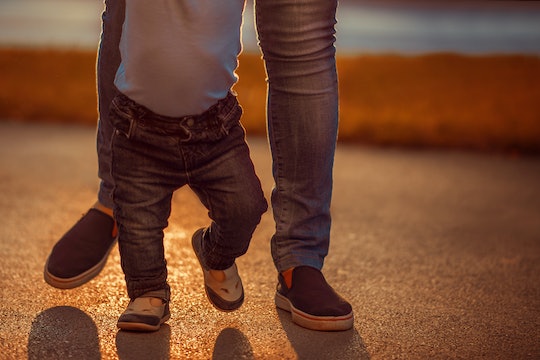 17 Things Every Mom Thinks About Her Toddler, But Doesn’t Say Out Loud

Toddlers have this innate ability to be cute as a button one minute and then complete hellspawns the next. Just like teenagers (I'm sure) it’s because they are growing at a rapid rate and processing new things every day. I'm sure it's overwhelming to go from being swaddled and kissed 24/7 to being told not to climb here or jump off there. Because of their inability to fully articulate their wants and needs, they tend to become incredibly frustrated (therefore frustrating to their overly-exhausted parents). It’s usually around this point that we new moms think things about our toddlers we’d never say out loud.

Now, not all the these hidden thoughts are negative (although, let’s face it, most of them are and they often involve cuss words or fantastical plans about running away or at least downing some vodka at an unreasonable hour). Sometimes we think things that are somewhat positive (at least toward our child) but also totally wrong and mean toward others. Again, this is why these are simply things we think, and not ones we are willing to blurt in mixed company and release into the world. (At least, that’s the rule for most of us.)

In the end (and usually), simply acknowledging that these thoughts exist, and reminding ourselves that having these thoughts doesn't mean we're bad mothers, is enough to get through that frustrating tantrum our toddler seems hell-bent on throwing. So, what kinds of dark and potentially evil thoughts are lurking in the minds of frustrated toddler mamas? Read on to find out (just a few):