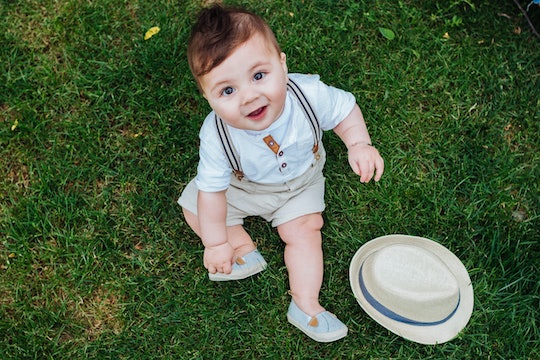 Historically speaking, the '40s are almost always thought of in the context of World War 2, which didn’t end until 1945. But we have that same decade to thank for some more uplifting things too, like the invention of Silly Putty, color TV, frisbees, and boxed cake mix (a true blessing). By and large, the decade was an austere one, and there are many beautifully classic baby names from the 1940s that will always be taken seriously and deserve to have a resurgence.

The top names of the decade were James and Mary, according to the Social Security Administration, names that still hold up today. Two of my favorite children’s books were written in the '40s: The Little Prince by Antoine de Saint-Exupéry and Goodnight Moon by Margaret Wise Brown, so if you want to really get into the spirit of the era, you could rock little William or Margaret while reading a timeless book. From the traditional and well-loved names, like John or Anne, to the unexpected, like Pippi or Tennessee (inspired by Tennessee Williams who published A Streetcar Named Desire in 1947), I’ve got you covered with 18 baby names from the ‘40s that you’ll be an eager beaver to use for your newest arrival.