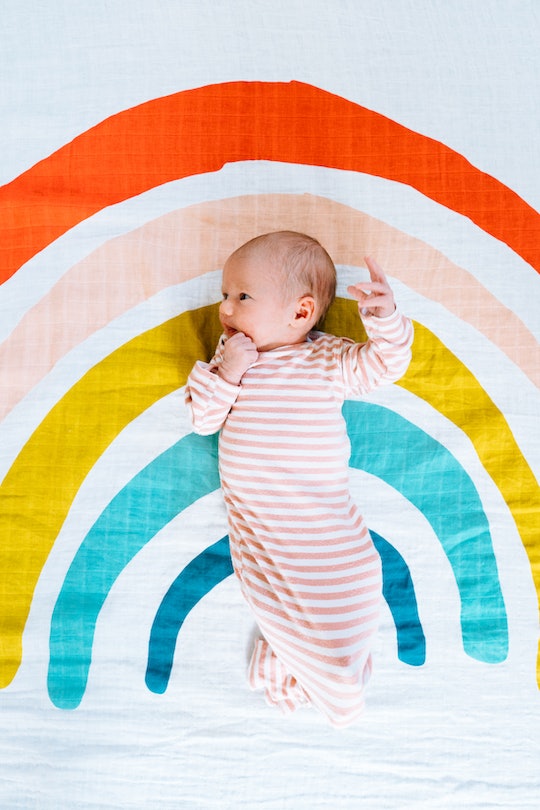 Having a rainbow baby brings with it an immeasurable amount of emotion. For those who aren't familiar, a rainbow baby is an infant who's born after the loss of a previous baby due to primarily miscarriage or stillbirth. Because miscarriage is the most common type of pregnancy loss, there are many moms who know what it means to have a rainbow baby. And often rainbow baby names become a very significant part of the pregnancy journey and newborn life after loss.

Because a rainbow baby brings such a mixture of feelings, many moms will admit they're not all positive emotions (and that's totally fine). Occasionally fear, doubt, and guilt arise in addition to the joy that comes with having a baby after a loss. However, bringing a new life into the world after losing a baby does not mean you're taking away from a previous loss or grieving incorrectly. Instead, a rainbow baby can carry on the love moms will always have for the baby they lost and truly create the feeling of beauty after the storm. With any new pregnancy — but especially one as riddled with emotions as a rainbow pregnancy — there are many significant milestones that often hold a new or deeper meaning. One of those is sometimes finding the right name to honor your experience and rainbow baby. Below is a list of meaningful name ideas that signify hope, happiness, blessings, miracles, and more.