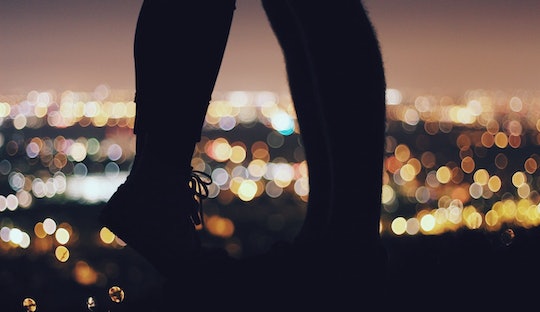 When I was a teenager, I was remarkably well-behaved. It is, it turns out, possible for teenagers to be safe and attentive. I was responsible, studious, and didn’t sneak out to have salacious relations with other teens. (And luckily my parents don’t read these articles so I’m able to avoid hearing someone call “bullsh*t” on my view of events.) Even though I was mostly an awesome and angelic teen, I’m not all that well-behaved as a single mom. In fact, I imagine my current life decisions would resemble that of a horny teenager: There’s always a slight chance that I didn’t sleep last night and that my over-enunciation of every word is an attempt to mask the fact I’m still a little drunk. (This makes hanging out at my kid's school bus stop an inordinate amount of fun, by the way.)

The thing is that being a single mom is a constant struggle between being a loving, doting parent and acknowledging your wants and needs as a single woman. And sex definitely falls into the "needs" category. But sleeping with a single mom is a great deal like trying to get laid while still living with your parents. There’s some legit planning that goes into the removal of undergarments. And you occasionally have to scream quietly in the hopes of not waking someone up. It's a lot like having a roommate, but when you're roommate often wants you to help them get a drink of water in the middle of the night when you'd sometimes rather be having sex. So, for those of you who want to get beneath the sheets with the best of the best (that would be us), here are some things you need to know about having sex with a single mom: