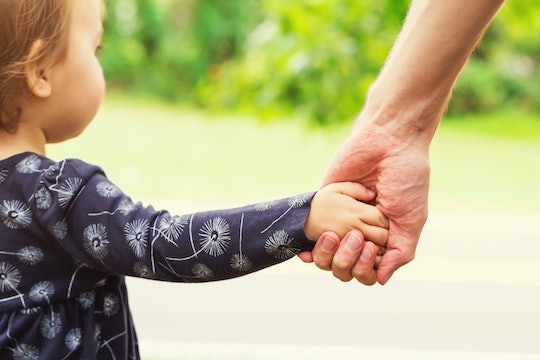 As much as a clingy child can be adorable and endearing and validating, they can also be, you know, a pain in the ass. They can also be downright embarrassing, especially when we're trying to prove to friends and family that you're raising well-adjusted human being (which they are, most of the time). When we want some space or we're trying to accomplish something or we simply don't want to be tugged on for hours on end, a clingy child can be an inconvenience, but there are times when you should pay attention to your child's clinginess, because it could mean something potentially serious that requires your attention.

I remember when my son started daycare, last fall. He took over my daughter's spot, as she was just starting kindergarten, and I assumed that all would be well after the short transition period ended. He was well-adjusted and used to being taken care of by friends and family (occasionally), and we knew my daughter had enjoyed the daycare. After two months at the daycare, he was still crying when dropped off, and would burst into tears and come running to my husband or I when we picked him up. It was odd, but we didn't know what to make of it. After child care regulations were changed in our area, and my son was suddenly "let go" from the daycare (don't get me started), we were forced to find a new place. We found what seemed like a nice daycare and enrolled my son, and after one week of crying at drop off, he was happy. Smiling when we mentioned daycare, waving and laughing when we picked him up; a totally different kid.

All of this is to say that sometimes, and especially during the following six times, you really need to pay attention to your kid's clinginess. They are probably trying to tell you something that they don't have the words for yet.