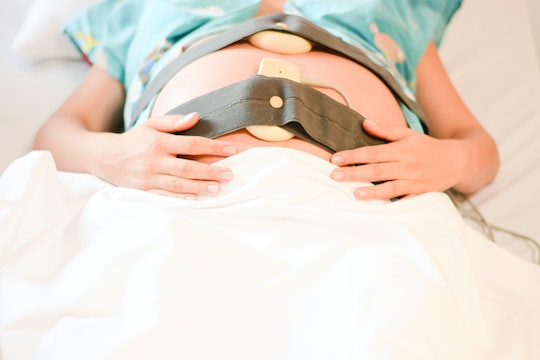 7 Moms On The Most Powerful Part Of Childbirth

For me, labor and delivery were intense experiences. I've experienced childbirth three tines, each dramatically different and incredibly powerful in their own unique way. For me, there's something overwhelmingly special about hearing birth stories, which is why I asked moms to share the most powerful part of labor and delivery for them. At a time in one's life when fear and uncertainty can take hold, to hear these empowering stories is a wonderful reminder that while childbirth can be scary, it can also be a testament of true inner-strength.

I don't know if I could pick just one powerful part of each of my labor and delivery experiences, but since I asked others to share it's only fair that I do the same. With my first child the most powerful part of the excruciating, unmedicated 15 hours of childbirth would have to be a tie between two equally transformative moments. The first, when I lost my ability to speak and the earnest thought that kept spinning around in my brain was, "Why has no one shot me in the head?" The second, the indescribable, swooshing release of an entire, slippery human gushing out of my birth canal. No exaggeration, I felt as though the universe passed through me.

With my second child, the most powerful part was the uncomplicated trust I had in my body. I knew I could do this. No matter what happened, I knew that I could trust my body to birth my baby. A profound trust like nothing else. Finally, my third labor's most powerful moment must have been the forgiveness and letting go of expectations of the "perfect" birth. I'd never wanted to be induced, and I'd never wanted to have an epidural. In this birth I had both, but instead of disappointment I felt gentleness toward myself and gratitude toward medical science.

I'm honored to witness these mothers as they share their most powerful experiences of labor and delivery: