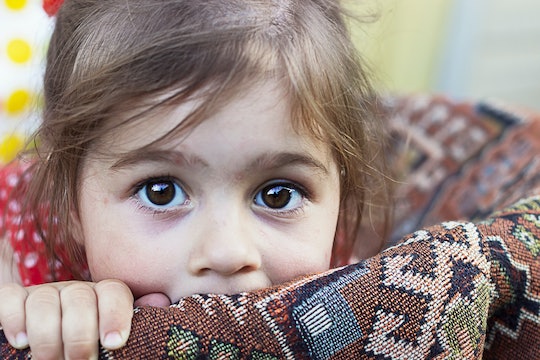 7 NBD Things That May Be Causing Your Toddler Shame

The ways in which we could be shaming our children is a topic making the rounds in parenting circles. But one area that could be explored more, in my opinion are the very subtle instances — the moments when we think something is no big deal in our everyday dealings with our kids — that could also induce shame. Those little moments add up and if we don't pay attention, they could be causing lasting harm to our little one's hearts and minds. You probably aren’t even aware of the many NBD things that may be causing your toddler shame.

More Like This
Lightning Crotch Can Actually Tell You These 7 Things About Your Pregnancy
This Is Why Your Toddler Wants To Feed You All The Time
Therapist Says: Alone Time For Moms Is A Necessity, Not An Indulgence
9 Things Not To Say To A Pregnant Woman On Mother’s Day

In thinking about my own words and actions towards my toddler in this light, I realized that I engage in some shame-inducing behavior of which I wasn't at all aware. Some of it has to do with the fact that, yes, I’m human and I’m not always able to step outside of an immediate situation and think, “How can I approach this in the most empathetic and sensitive way so that my child’s feelings are left secure and intact?” But I was most shocked about the "NBD shames" that I inflict on my son, whether it be laughing at his feelings (because sometimes toddler tantrums are funny), making flippant comments about what he wants to wear (“All the boys are wearing shirts, not dresses, right now”) or the way I discipline him in an attempt to get him to go to bed. I realize I have a lot of work to do.

I also think that the topic of “shame” is tricky. A parent can read these kinds of articles and feel like they just should crawl into a hole and not even try because every direction they step seems to be a landmine. I get that. I feel that. Plus, it can also be frustrating to add “your toddler” to the list of people to whom you have to be sensitive to in our very sensitive-seeming world these days. Still, there’s a difference between drawing attention to areas where people can be conscious about their words and actions and telling them to censor themselves. This is not about censorship in parenting. This is about raising confident children and thinking about treating our kids the way we would want to be treated ourselves by people who we love. It isn’t that complicated. Operating from a place of shame is not operating from a place of confidence or joy.

The moments that feel like they aren’t that big a deal to us, as parents, have a much bigger significance to the little people in our lives because everything we do looms so much larger in their eyes.